Why Generation X Is Sparking a Renaissance of Entrepreneurship 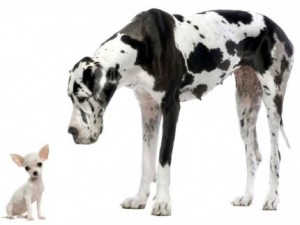 Martha Beck, as with many of her Boomer Generation peers, finds the principles to guide her life though a deep exploration of her inner self.

Boomers, like other “idealist” generations before them, believe life should be about a search for truth that their inner consciousness reveals.

The generations that come along after this “idealist” type, such as Generation X, and the Lost generation of F. Scott Fitzgerald in the 1920s, react against the previous generation’s efforts to change society according to notions of some revealed truth, but join the “idealist generation” in encouraging the celebration of individual effort and risk-taking.
As a result, “reactive” generations spark a renaissance of entrepreneurship in our economic life, even as overall confidence in our economic institutions declines as problems with an inner-directed approach to leadership become clear.

The latest example of this phenomenon was a March 14, 2012, op-ed piece in the New York Times by Gen Xer Greg Smith, entitled, Why I Am Leaving Goldman Sachs. In the article, Smith announced his resignation and decried the shift in the culture under the leadership of its CEO, Lloyd C. Blankfein, and its President, Gary D. Cohn—both Boomers.
When Smith first came to work for the company 12 years ago, he explains that he believed Goldman Sachs had a culture that encouraged leadership based on “new ideas, setting an example, and doing the right thing.” But now, he claims, the firm’s Boomer leaders failed to understand a basic truth: “If clients don’t trust you they will eventually stop doing business with you.”

This same focus on the customer was the first of nine principles that the Lost Generation founders of Goldman Sachs’ arch rival, Merrill Lynch, pronounced in 1940, which led to that firm’s great success.
But when Boomer Stanley O’Neal took over that company in 2003, he explicitly rejected what he called this “Mother Merrill” culture.

“To the extent that it is paternalistic and materialistic, I don’t think that is healthy. I guess there is something in me that rebels against that,” he told the New York Times, four years before the Merrill board fired him and CNBC put him on its list of the “Worst American CEOs of All Time.”

At the shareholder meeting called to ratify the once proud but now debt-burdened firm’s sale to Bank of America, Winthrop Smith, Jr., the son of one of the founding members of Merrill Lynch, denounced O’Neal in the same way that Greg Smith called out his former employer.

Smith, Jr. shamed the Merrill Lynch Board of Directors arrayed in front of him, for allowing one man to consciously unwind a culture and rip out the soul of this great firm.

What can we expect from corporations like these — and Gen Xers — in the years to come? As more and more Xers publicly denounce the failure of Boomer-led institutions, and the need to deal with the problems that have been deferred for too long becomes urgently clear, today’s inner-driven, Boomer-led era will end in favor of a more outer-directed, customer-centric approach. [For more on this topic, take a look at futurist Andy Hines new book, ConsumerShift.]
This is why even as the reputations of large institutions have declined dramatically recently, small businesses and the entrepreneurial spirit they embody have become one of the most popular institutions in America.

A November 2011 national survey by Frank N. Magid Associates indicates that all big business’ approval ratings dwell in the lower regions reserved for Congress and politicians (31% favorable to 56% unfavorable). Wall Street and financial institutions fare even worse (23% favorable to 57% unfavorable).

By contrast, small business has an overwhelmingly positive rating of 82 percent favorable and 8 percent unfavorable. The differences exist, with little variation, across generational lines.

More and more members of Generation X (born 1965-1981) are entering the phase of life, from about age 44 to 65, which will provide the source of leadership for our society over the next decade

During this same time, the large and group-oriented Millennial Generation (born 1982-2003) will be starting families and testing the values of the institutions they go to work for.

As these two generations begin to dominate American life and its economy, the entrepreneurial spirit and customer satisfaction focus they embody will force the leadership of many institutions to stop looking in the mirror for the answers to life’s challenges.

They will need to shift their focus to the dramatic changes taking place in the marketing landscape and embrace them in order to be successful. Customers, and their needs and wants, will become the North Star for an entire new generation of entrepreneurs.