Welcome a Different Kind of Entrepreneur 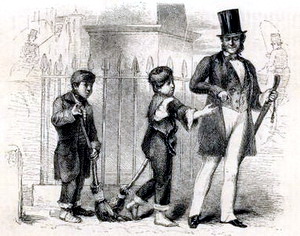 In the last half of the 19th century, Horatio Alger, Jr. defined for the American popular culture what it meant to be a young entrepreneur.

Indeed, the writer of popular novels for children showed us through the heroes in his books that poor boys, by dint of hard work and better ideas, became rich and respected. (Note: Alger’s entrepreneur’s club was closed to girls in those days.)

But for those who are tracking this, it is clear that many Millennials (born 1982-2003), who are today’s teens and young adults, have a very different and broader conception of what it means to be an entrepreneur.

Members of this next generation are increasingly called “social entrepreneurs.”
This class of business leaders is defined by Businessweek as “enterprising individuals who apply business practices to solving societal problems such as pollution, poor nutrition, and poverty.”

Although the organizations created by the more than 30,000 American social entrepreneurs are focused on curing the world’s ills, they are not traditional charities. Many, in fact, are designed to make a profit—and as Businessweek reports, represent more than $40 billion in revenue.

Millennial Generation social entrepreneurs often focus on economic development, education, and the environment, issues that are of particular concern to their generation. And, they take full advantage of the social media communication technologies that Millennials use so effectively.

These social entrepreneurs apply “a practical but innovative stance to a social problem, often using market principles and forces, coupled with dogged determination that allows them to break away from constraints imposed by ideology … and pushes them to take risks others wouldn’t dare.” Just as the Schwab Foundation for Social Entrepreneurship suggests, their approach combines the characteristics of Richard Branson and Mother Teresa.

It is not surprising that many Millennials have gravitated toward social entrepreneurship. Generational theorists categorize the Millennial Generation as a “civic generation,” a type of generation reared by its parents to focus on the needs of the group.

In a broader context, this means that civic generations create new institutions, often at the local level, designed to resolve large-scale economic and political issues and to advance humanity as a whole. One notable example of a civic generation is the Republican Generation (born 1742-1766), who created the United States and the constitutional order under which it has been governed for more than two centuries.

The civic GI Generation (born 1901-1924) created the economic and political arrangements that have been in force in the United States since the New Deal of the 1930s. For today’s civic generation, social entrepreneurship is often the social change institution of choice.

If there is any single trait that characterizes the Millennial Generation, it is its desire to leave the world a better place than the one older generations created. To do this, many Millennials have adopted an entrepreneurial approach, but with a key difference. Instead of using entrepreneurism for individual gain, Millennials are using it to solve the problems facing America and the world.