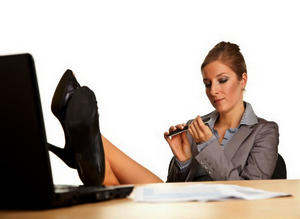 Since at least the time of Socrates, older generations have criticized younger ones for not being as smart, hardworking, polite, selfless, or strong as they themselves were when they were young.

For that reason, it’s hardly surprising that a cottage industry has arisen devoted to attacking the nation’s youngest generation, Millennials (born 1982-2003), as a lazy, soft, self-centered, and narcissistic “me” generation.” Why? Research suggests this tsk-tsking of young adults has found a receptive, albeit selective, audience among older Americans.

Attacks on young people make for provocative media copy and may help sell books or generate publicity for those who find satisfaction in criticizing other generations. But, contrary to these charges, both generational theory and the real-life attitudes and behavior of Millennials demonstrate that, in fact, their cohort is far more accurately described as a “we” than a “me” generation.

Four types of generations have cycled throughout American history.

William Strauss and Neil Howe, the founders of generational theory, know that not everyone in a particular generation can be painted with the same brush.

They make a strong case that both of the two generations that immediately preceded the Millennials—Generation X and Baby Boomers—contain a larger share of individuals who are inwardly focused and self-oriented than does the Millennial Generation.

The beliefs and behavior of Millennials confirm this description.

Now, in ever-increasing numbers, Millennials are beginning to bring their civic generation values to the workforce.

A 2010 Cone Cause Evaluation study found that when deciding where to work, 87 percent of Millennials, compared with less than 70 percent of the overall population, consider the causes a company supports.

Some Millennials are creating social entrepreneurships that let them use their energy and talent in original and imaginative ways.

Older workers, take heart! And take a page from—or at least understand—the Millennials playbook.
Traditional or social entrepreneurs who recognize the Millennial Generation is a “we” rather than a “me” generation, and operate on that basis, will be in the best position to compete and prosper in the Millennial era ahead.

How Millennial are you?

To find out, take this quiz, courtesy of Pew Research:pewresearch.org/millennials/quiz.