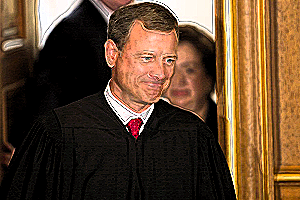 Every 80 years, the Supreme Court has decisively entered a sharply divided political process to provide its own answer to the fundamental question of American politics: what is the scope and purpose of government? Each time, it has attempted to reinforce the generational and party alignments of a previous era in the face of challenges from the beliefs and partisan preferences of an emerging civic-oriented generation like today's Millennials (born 1982-2003). But this time, as the 80 year cycle came full circle, the U.S. Supreme Court's decision to uphold the individual mandate in the 2010 Affordable Care Act ("Obamacare") under the taxation powers of the Congress surprised everyone.

As in the past, the generational and partisan composition of this Supreme Court reflects an earlier era. Five of the justices, including a majority of its conservative bloc (Roberts, Thomas, and Alioto) are Boomers (born 1946-1964). The rest are members of the even older Silent Generation (born 1925-1945). A majority are Republicans. Yet in this case, Chief Justice Roberts bucked history and his generation's preference for ideological confrontation in order to preserve the institutional reputation of the Supreme Court.

Perhaps the Court understood the historical and generational trends any ruling to overturn the Affordable Care Act would have had to fight against. Two-thirds of Millennials wanted the Affordable Care Act either to be expanded (44 percent) or left as is (23 percent). By contrast, clear pluralities of Boomers (44 percent) and Silents (46 percent) wanted it repealed. Millennials, however, represent the wave of the future. They now comprise one-fourth of all eligible voters; by 2020 more than one out of three adult Americans will be Millennials. And that Millennial-dominated future is now likely to arrive much sooner as a result of the court's decision.

Because this large cohort is bringing a new "civic ethos" to American democracy, the Court's decision is likely to have far-reaching effects on the future relationship between government and its citizens. Millennials believe that social rules are important but that everyone should have the freedom to choose how to abide by them. They see government as a parent, setting the boundaries of behavior but not dictating it. Two key elements of the Court's decision today reinforce this approach. One upholds the right of the federal government to tax behavior of which it does not approve (in this instance, not buying health insurance). The second denies Congress the right to dictate to the states what they must do with regard to Medicaid. The Millennial civic ethos will use democratic processes to determine national priorities and rules for permissible behavior by both individuals and states, even as it provides incentives for greater individual and local initiative.

With the Court's affirmation of the constitutionality of the Affordable Care Act, the country is likely to see this framework used to resolve many of the other policy challenges the country faces. June 28, 2012, will be remembered as the day the Millennial Era arrived in the nation's legal principles as it did in its electoral politics four years ago.