The Stay-at-Home Millennial Generation Is Moving Out 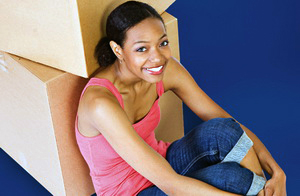 In an effort to help the Republican ticket cut into President Obama’s massive advantage with millennial-generation voters, Paul Ryan delivered what may have been his best line of the 2012 campaign in his speech accepting the GOP vice presidential nomination: “College grads shouldn’t have to live out their 20s in childhood bedrooms staring up at fading Obama posters and wondering when they can move out and get going with life.”

One reason why Ryan’s appeal to millennials ultimately failed to have as much impact with them as he anticipated is that it painted an increasingly out-of-date and inaccurate picture of the current status of many millennials who, in growing numbers, are finding work and leaving their parental homes. This may be the first sign that a generation described or even accused of “failing to launch” is now on its way to shaping its own distinctive destiny and that of America in areas such as marriage, family formation, and child-rearing.

On Election Day, millennials—those born between 1982 and 2003—comprised a greater proportion of the electorate than they did in the Obama-mania election of 2008. Those members of the generation old enough to vote gave Obama a 60 percent to 37 percent margin over Mitt Romney, and allowed the president to capture the key battleground states of Florida, Ohio, Pennsylvania, and Virginia and thereby win reelection.

Still, there is a reason Paul Ryan’s comment may have struck home to at least some who listened to his speech. Millennials, to date, have been less likely to strike out on their own than the generations that immediately preceded them. A December 2011 Pew survey showed that, partially prompted by the impact of the Great Recession, nearly one in three young adults 25-34 still lived with their parents, three times the percentage of those that age who did so in 1980.

For a generation with close and mutually supportive relationships with its parents that millennials enjoy, this arrangement was not quite the disaster that pundits and politicians said it was and it now seems to be coming to an end.

This year, the jobless rate of those between 25 and 34 has dropped a little more sharply than it has for the overall population. It fell to 7.9 percent in November from 9 percent in January, compared with a decline to 7.7 percent from 8.3 percent for all workers. As a result of the improved employment picture and continued low home-mortgage rates, twentysomethings and those in their early 30s are moving into their own apartments and buying homes in increasingly greater numbers.

Interstate migration of young people is occurring at the highest rate in more than a decade as well. According to the Census Bureau, the nation has added more than 2 million households in the past year, many of them comprised of young adults. This was triple the annual average for the previous four years.

Now that more millennials are leaving their parents’ home and establishing their own households, one might anticipate that more of them will marry. So far, however, this hasn’t happened. If anything, American marriage rates are continuing to decline. According to a Pew analysis of census data, in 2010 barely half—51 percent—of Americans 18 and older were married in comparison with 72 percent in 1960. Over the same span, the median age for a first marriage had risen from 22.8 to 28.7 for men and from 20.3 to 26.5 for women. As a result, the share of 18- to 24-year-olds currently married dropped from 45 percent in 1960 to only 9 percent 50 years later. Among 25- to 34-year-olds the corresponding decline was from 82 percent to 44 percent. Perhaps most disconcerting, 39 percent of all American adults and 44 percent of millennials agree that “marriage is becoming obsolete.”

Not surprisingly, given the decline in marriage rates, birth rates have also declined and the average age of first-time parents has risen during the past several decades. From a peak of about 4.3 million before the Great Recession, annual births fell to 3.9 million in 2011. Between 1970 and 2010, the average age of first-time mothers rose by nearly four years (from 21.5 to 25.4). The average is closer to 30 on both coasts and among college graduates.

Still, these initial trends may not end up being the final words on the subject. Generational theorists indicate that the millennial generation is a “civic” generation. The last previous American civic generation was the G.I. or 'greatest generation." Like today’s millennials, that generation was forced by events—the Great Depression and World War II—to live with their parents and postpone marriage and family formation for a decade or more before eventually marrying in large numbers and parenting the baby boom generation, the largest cohort prior to the millennials. Nowhere were the hopes of this generation better stated than in the words of a demobilized G.I. in the 1947 Academy Award-winning film, The Best Years of Our Lives: “a good job, a mild future, and a little house big enough for me and my wife.”

In this, as in other aspects of life, millennials may turn out to be a lot like their G.I. generation great-grandparents. The Pew survey indicating that many millennials perceived marriage to be an institution of the past also found that 61 percent of all unmarried adults and nearly half of those believing marriage to be obsolete said they would like to wed.

Another Pew survey found that the three most important life priorities for millennials were being a good parent (52 percent), owing their own home (30 percent), and having a successful marriage (20 percent)—numbers almost identical to those of older generations.

This is not to say that, once they are formed, millennial families will be exactly like those of earlier generations. Millennials have the most gender-neutral attitudes of any generation. They are, perhaps, even the first female-driven cohort in U.S. history. Within millennial households, sex roles, financial contributions, and responsibility for household chores are likely to be more blurred than ever before.

But, as Paul Ryan should have learned, it is far too early to give up on the millennial generation and its chances of living the American Dream. History and the optimistic beliefs of millennials themselves tell a different story.