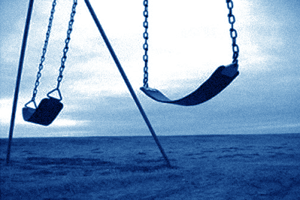 In this week’s Newsweek, Paul Begala suggests that the 2012 presidential election will be decided by “swing voters” in six battleground states — Virginia, Florida, Ohio, Iowa, New Mexico, and Colorado. But his definition of such voters is so out of synch with reputable polling data that the wiliest of Democratic political operatives must have been trying to fake out Republican readers of this piece rather than reveal the real Obama campaign strategy to Newsweek’s readers.

Begala identifies 916,643 “swing voters” as the 2% of the electorate in each of the six states who have not yet decided how to vote. He makes it clear that his pro-Obama super PAC, Priorities USA Action, will spend $2,181.87 to reach and presumably persuade each of the decisive voters, which is undoubtedly true. But then he gives a head fake to anyone trying to divine the super PAC’s real intentions by saying these undecided voters are disproportionately women, young voters, and Latino. Although it is true that these demographic groups are usually considered to be the most open to commercial advertising, there is little evidence in recent survey data that the relatively few “swing voters” within the electorate come primarily from these demographic groups.

For instance, the most recent Pew Research Center national survey provides analysts with an operational definition that Begala could have used. Using their data, “swing voters” would be comprised of either those who prefer a candidate other than Barack Obama or Mitt Romney; or those who say they are now undecided in the presidential election; or those who refused to answer the vote intention question. By this definition, “swing voters” comprise 6% of the total electorate in the Pew data. Contrary to Begala’s description, men (7%) and women (6%) are equally likely to be in this category. Older people are far more often “swing voters” than are younger members of the electorate. Among Baby Boomers (those 50-64), 9% are “swing voters,” while within the “Silent Generation” (those 65 years old and over), 7% meet this definition. By contrast, among Millennials (those 18-29), just 1% would be considered a “swing voter.” According to Pew’s results, older white folks of either sex (but especially older white women) are most likely to be “swing voters,” rather than young minorities. In fact, in the Pew survey, Millennials preferred Barack Obama over Mitt Romney by a 1.65:1 margin (61% to 37%) — by far the biggest spread between the two candidates within any age cohort.

One can only assume Begala described swing voters in the way that he did to trick Republicans into wasting their money on ads designed to persuade the least likely to be persuaded demographic groups. If Republicans fall for his head fake, the Obama campaign will run right past them and stuff the ball into the basket for a clear victory in November.
Politics
Do you like this post?
Tweet