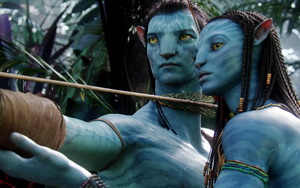 Millennials were taught to treasure nature. In 1995, almost in the middle of the generation’s birth years, 1982-2003, Disney produced an animated version of the legend of Pocahontas, which uses the heroine’s communication with animals and plants at each dramatic turning point in the story. 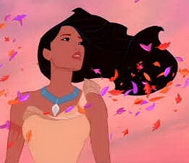 The need to empathize with nature was further imprinted on young Millennial minds through the lyrics of the movie’s hit song, “Colors of the Wind,” that reminded everyone, “We are all connected to each other, in a circle, in a hoop that never ends.”

Empathy is defined as the intellectual identification with or vicarious experiencing of the feelings, thoughts, or attitudes of another. The application of this concept to becoming one with nature was taken to even greater heights for Millennials when Pocahontas’ story was updated in 2009.

That year the hit movie, “Avatar,” used 3D technology to transport its characters, not to the New World, but to another planet, Pandora. Populated by sentient beings even more connected to their environment than Native Americans, it’s something especially true of Avatar’s heroine, Neytiri.

But the message of both movies was the same—the world becomes a better place when macho warriors are turned away from their life of plunder and conquest by getting in touch with the feelings of another culture through their relationship with just the right woman.
Both this blending of gender perspectives and a focus on the importance of preserving nature are defining traits of the Millennial Generation.

The implications of such attitudes for the future of business are exemplified by Millennials driving the success of the clothing firm, Holstee.

That company sees ecology, which it defines as “the relations that living organisms have with respect to each other and their natural environment,” as all-encompassing. Holstee’s goal is to sell products that “create the greatest social impact while simultaneously creating the smallest environmental impact.”

Making the leap from buying a T-shirt with a holster-like pocket for carrying an environmentally correct Holstee wallet to changing the world is something that comes easily to a generation convinced that the best way to solve global problems is to act locally and directly upon them.

The same year that “Avatar” was breaking box-office records, the founders of Holstee, still a fledgling enterprise at the time, wrote a manifesto about what they wanted to create. That document has now been viewed more than 60 million times and shared on social media by more than a half million people.

The manifesto ends with the empathetic declaration that “life is about the people you meet and the things you create with them.

So go out and start creating.” The manifesto reminds readers, who Holstee hopes will become the company’s customers, that “life is short,” and implores them to “live your dream and share your passion.”

It’s as if Holstee’s founders were channeling Pocahontas and Neytiri in an effort to turn their customers away from traditional, insensitive-to-nature consumer behavior and instead to change the world by buying one of Holstee’s products. By melding their personal cause with their company’s business raison d’être they have created a perfect brand for Millennials.
The desire of Millennials, such as the founders of Holstee, is to put societal goals at the center of an enterprise’s mission—and this will change how every business will need to operate in the future.

More and more corporate leaders will have to transform their organization by communicating its vision and values to customers and employees alike. The message needs to be an empathetic one, capturing the beliefs and values of America’s largest generation in order to establish a foundation of trust that generates innovation on the part of the company’s employees and brand loyalty from its customers.

As pressure from Millennials leads to more and more such transformative efforts among the nation’s entrepreneurs, all generations will benefit, and nature’s circle of life will hum with the empathetic vibrations such action produces.