Asian-Americans Are an Emerging Force in U.S. Politics 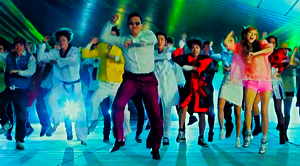 In the countless commentaries focusing on the demographic factors shaping the outcome of the 2012 election, there has been virtually nothing said about the contribution of Asian-Americans to the electorate and to Barack Obama’s reelection. It will be hard to ignore this growing group of voters much longer.

Since at least 2009, the number of Asian immigrants entering the United States has exceeded that of Hispanics, and in 2012 Asian-Americans cast a higher percentage of their ballots for Obama than did Hispanics (73 percent to 71 percent). Members of this very diverse community accounted for about 3 percent of the electorate on Nov. 6. Since Asians continue to migrate to the U.S. in large numbers, and because about 30 percent of Asian-Americans in the country now are not yet citizens but are likely to become so in the future, their share of the electorate should keep growing.

The 113th Congress going into session in January will include a dozen Asian-American members, the largest number ever. Irvine, Calif., in the heart of the formerly solid Republican Orange Country, cast 52 percent of its votes for Obama, principally because Asian-Americans now make up almost 40 percent of the city’s population.

The presence of Asian-Americans in the 2012 election was not limited to candidates or voting; they were even part of its pop culture. Throughout the campaign, videos emerged depicting the presidential candidates dancing in “Gangnam Style,” a Korean version of hip-hop. One, featuring a dancer with a striking resemblance to Obama, came to the president’s attention causing him to remark that he might be able to repeat some of the dancer’s “moves,” but only privately for the First Lady and not at an inaugural ball.

Another was designed to inspire a trip to the polls by young Asian-Americans living in the 626 area code of California’s San Gabriel Valley, heavily populated by Asian-Americans of varied national backgrounds, especially Chinese. A June 2012 Pew Social Trends survey, aptly titled, “The Rise of Asian Americans,” demonstrates the increasing importance of Asian-Americans in U.S. politics, suggesting that they are taking their place in an emerging Democratic coalition that could dominate American politics during the coming four decades.

Filipino-Americans (43 percent Democrats to 40 percent Republican) and Vietnamese-Americans (36 percent to 35 percent) are evenly divided in their partisan identification. Like Americans generally, younger Asian-Americans and Asian-American women are slightly more likely to call themselves Democrats than older voters and men.

As is the case with Americans overall, young Asian-Americans are substantially more likely to hold “liberal” beliefs on social issues. However, not surprisingly, as among Americans generally, social issue attitudes are shaped to a far greater extent by religion rather than demographics.

Large majorities of non-Christian Asian-Americans (Hindus, Buddhists and those unaffiliated with a faith) support tolerance of gays and relatively open abortion policies. Most Asian-American Christians take the opposite stance.

Asian-Americans approve of President Obama and are more positive about the direction of the U.S than Americans overall. At the time the Pew survey was conducted, 43 percent of Asian-Americans said they were satisfied with the way things were going in the U.S., more than twice the percentage of the general public that felt that way (21 percent). As a result, a majority of Asian-Americans (54 percent) approved of the way Obama was handling his job as president. That was 10 points higher than his approval rating among the general public.

Given their majority Democratic identification and liberal leanings on issues, the high level of Asian-American support for Obama in 2012 and 2008 (when 63 percent voted for him) is not surprising. Even more important, those identifications and attitudes suggest that Asian-Americans are likely to be a component of the Democratic coalition long after the president has left office.
Politics Millennial Generation Millennials Asians Demographics
Do you like this post?
Tweet