Will the Supreme Court Treat ObamaCare Dreadfully or Give US a New Deal? 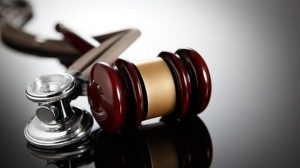 On Monday, the Supreme Court will begin an unusual three-day session, hearing oral arguments on a case of clear political, philosophical, and constitutional significance—the 2010 Affordable Care Act (“ObamaCare”).  Every 80 years the Court has decisively entered a sharply divided political process to provide its own answer to the fundamental question of American politics: what is the scope and purpose of government?  Each time in the past, it has attempted to reinforce the generational and party alignments of a previous era in the face of challenges from the beliefs and partisan preferences of an emerging civic-oriented generation like today’s Millennials (born 1982-2003).

The New Republic’s health care expert, Jonathan Cohn calls the Supreme Court’s Affordable Care Act review the “case of the century.” He cites the real possibility that this particular Supreme Court may be willing to reject the legal precedents established during the New Deal by attempting to redefine anew the scope and purpose of federal power.

If it does the Court will be continuing   a historical cycle driven by generational and partisan factors that few Court observers have noticed.

The first time the Court attempted to authoritatively resolve an ongoing, deeply divisive political conflict and reaffirm the political arrangements of a previous era was in the dreadful 1857 Dred Scott decision.  Before the Court issued its infamous dictum in this case, Congress had struck a careful balance between pro- and anti-slavery forces with the Missouri Compromise of 1820.  Based on that agreement, states were admitted to the Union in pairs—one slave and one free. Eventually, driven by the uncompromising ideological beliefs of the Transcendental Generation (born 1792-1821), which were as sharply divided as today’s Baby Boomers, continued accommodation became impossible.  In Dred Scott, the Court attempted to impose its own solution by declaring the Missouri Compromise unconstitutional. Its ruling, in effect, made slavery legal throughout the entire country and denied citizenship to blacks, even those who were free.

Of the nine justices who ruled on the case, four were members of the Transcendental Generation and a fifth was born in 1790, on the cusp of generational change. Seven were from the era’s dominant Democratic Party. Five of the seven who decided against Dred Scott were from slave states. It was not until President Abraham Lincoln appointed a majority of justices, consisting primarily of Republicans from Union states, that the Court’s regional, generational, and partisan composition changed.  During the administrations of Lincoln and his successors, the Court ratified the new governing arrangements that had been achieved in the Civil War.
The same pattern emerged again eight decades later.  The argument over the nation’s political fundamentals now dealt with the extent and type of governmental intervention in an industrial economy.  In 1935 and 1936, the Supreme Court rallied to protect the old order of laissez faire economics in response to a range of activist government New Deal laws enacted by Franklin Roosevelt and a Democratic Congress with the overwhelming support of America’s newest civic generation, the GI Generation.

Justices Butler, McReynolds, Sutherland, and Van Devanter—nicknamed the “Four Horsemen of Reaction”—often joined with one of the Court’s centrist justices to rule against the core components of the New Deal. Seven of the justices, including three of the Four Horsemen, were of the ideologically-driven Missionary Generation (born 1860-1882). A like number were from the Republican Party that dominated electoral politics from the Civil War to the Great Depression.

It took the political message delivered by FDR’s record-breaking reelection in 1936 to persuade the centrist justices to consistently side with the president and the Court’s liberal “Three Musketeers” and accept the constitutionality of New Deal laws. Retirements and mortality allowed Roosevelt to appoint eight of nine justices by the time he died in 1945, thereby giving the Court a very different generational and partisan cast.
All of the factors that shaped the Supreme Court’s actions in 1857 and in the 1930s are once more in place. Political figures ranging from Barack Obama  to Mitt Romney  remind us that  America is again poised to answer the eternal question of the role and size of government. A new civic generation, the Millennials, is emerging with the potential to dominate and reshape politics in the next four decades. Like the GI Generation in FDR’s day, Millennials strongly support a reformist Democratic president, favoring Barack Obama against his potential 2012 opponents by about the same 2:1 margin they did in 2008.
And as in the past, the generational and partisan composition of the Supreme Court reflects an earlier era. Five of the justices, including a majority of its conservative bloc (Roberts, Thomas, and Alioto) are Boomers (born 1946-1964). The rest are members of the even older Silent Generation (born 1925-1945). A majority are Republicans.

As the hearings approach, many observers believe that, this time, unlike the past, the Supreme Court will follow legal precedent rather than the generational and partisan composition of the justices by affirming the constitutionality of the Affordable Care Act.  Jonathan Cohn cites the results of an American Bar Association survey indicating that 85% of a panel of legal “experts” expects that the healthcare law will be affirmed.  The survey gave Justice Kennedy a 53% chance of voting to uphold the law. Surprisingly, an even greater number (69%) believed that, based on his presumed desire to avoid a party line split on the Court on a matter of such political significance,  Chief Justice Roberts would join Kennedy in voting to affirm.  Others have suggested Antonin Scalia might be persuadable as well.

The experts’ predictions may turn out to be right, if the Court follows legal precedent. But history suggests that an equally powerful generational and partisan cycle of Supreme Court decision-making may well cause the Court to overturn key portions of ObamaCare regardless of the legal arguments it will hear this month.  If it does, the Supreme Court will once again rule against a civic generation and a president that generation so strongly supports.
History also tells us that may not be the end of the story. To date, Millennials are the most liberal American generation since the GI Generation.  Members of the generation favor the Affordable Care Act by 55% to 36%, in part because their generation has directly benefited from the law’s provision that young people can remain on their parent’s health care insurance until they are 26 years old. The large margin by which Millennials support the program significantly explains why, for the first time since the passage of the legislation, at least a plurality of all Americans now approve of it (47% approve to 45% disapprove).

Millennials now comprise one-fourth of American adults; by 2020 they will represent more than one out of three adults in the United States.  To the extent that this large cohort is able to bring its own “civic ethos” to bear on America’s political debate, the Court is likely to adhere to another historical precedent of  eventually moving beyond the doctrines of an earlier era and accepting those of a new generation. The results of the 2012 election will go a long way toward determining if and when that happens.