Whatever Happened To Civility In America? 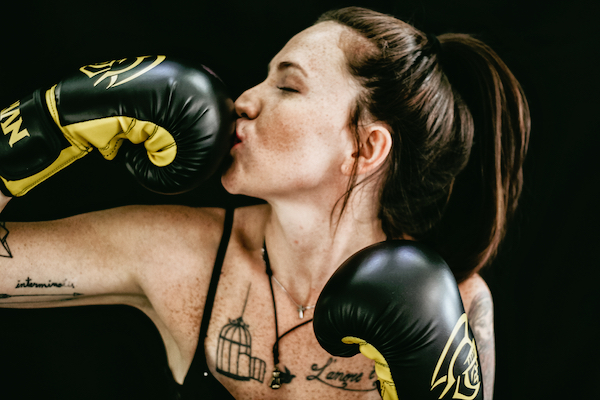 The "us vs. them" tone of American politics, most visibly emanating from the White House, but infecting all the country’s political rhetoric, has now spread to daily life. The polarization leads some to question the country’s ability to keep its democratic traditions and hold together as one nation. A recent poll conducted with bipartisan sponsorship by the Biden and Bush Institutes found that 50% of Americans believe that the United States is in “Real danger of becoming a nondemocratic authoritarian country and 80% of Americans are either very or somewhat concerned about the condition of our democracy.”

This is not the first time such concerns have been driven by generational, economic, and cultural disruption. The 1975 musical, Chicago, captured the lament of many Americans in the Jazz Age of the 1920’s as the Lost Generation, memorialized by F. Scott Fitzgerald, blew up the prevailing Victorian values of the time. The opening lines of the song sound as current today as they were when they were first sung on Broadway in the year after President Richard Nixon’s resignation from office.

You have Democratic Socialists harassing the Secretary of the Department of Homeland Security as she tried to eat dinner in a Washington restaurant and a leading member of Congress inviting citizens to harass people working in the White House. At the same time Congressman Adam Schiff has been accosted on the street in his suburban district by people shouting, “There’s that ass hole. He’s the son of a bitch trying to get Trump.” To put it mildly, nice manners seem to be disappearing across the country.

The most recent annual study of civility in America by Weber Shandwick and Powell Tate, in partnership with KRC Research, found that four of five Americans experienced incidents of incivility in a wide variety of places and settings. These included “most typically while shopping (39%), while driving (39%) or on social media (38%).” The frequency of such incidents has increased markedly since Donald Trump became President. From 2016 to 2018, incidents of incivility experienced by individual Americans each week, both on and off line, rose by over two-thirds—from 6.2 to 10.6 incidents.

It’s not that Americans no longer value civility. Of those surveyed, 84% said civility builds national pride and 71% said it helps ease tension and conflict. Almost everyone (93%) thought the lack of civility was a problem and most (71%) hoped for a more civil future.

But hope does not constitute a strategy. To paraphrase Mark Twain, the lack of civility risks becoming like the weather: something everyone talks about, but no one does anything about it.

That’s not true, however, of Millennials, now in their twenties and thirties, and the generation following them, Plurals, the oldest of whom are just becoming adults. These younger generations are twice as likely as older Generation X and Baby Boomers to believe that civility will improve in the next few years. That’s because Millennials and Plurals are the generations mostly willing to do something about it by avoiding controversial topics like abortion or terrorism in their interactions with others to reduce the chances of the conversation turning uncivil.

Contrary to popular belief, this doesn’t mean that younger generations want to reduce the right of other Americans to exercise their right to freedom of speech. Research by Morris Levy, a Millennial professor of political science at USC, found that his generation, as part of their overall tendency to be tolerant and inclusive, are just as willing, if not more so, to hear people with opposing views speak their mind. But they want people to do so in a non-confrontational, polite manner, carving out an exception to First Amendment rights if someone is uncivil.

Ironically, the attitudes of younger Americans toward free speech was summed up quite well in retiring Supreme Court Justice Kennedy’s majority opinion on the question of whether or not a Colorado baker could refuse to bake a cake for a same sex marriage couple. In sending the case back to the lower courts for review, Justice Kennedy specifically cited the Colorado Civil Rights Commission’s treatment of the plaintiff, “which showed elements of a clear and impermissible hostility toward the sincere religious beliefs motivating his objection.” In other words, it’s OK for governmental entities to exercise freedom of speech, but they need to be nice about it when they do.

And, in fact, evidence is emerging that by being “nice” Millennials and Plurals are already enhancing civility in American schools and workplaces. About four in ten Plurals think training to reduce incivility, such as anti-bullying messages, should be mandatory in the nation’s schools. Such training in America’s workplaces has led to incidents of workplace incivility dropping by about 15% in the last two years.

We can only hope that this increase in civility instigated by younger generations will spread to the nation’s politics. What’s missing is a President who will contribute to establishing and encouraging a culture of civility, and an opposition willing to do the same. Hopefully this ugly period will end in the not too distant future, once Millennials and their Pluralist siblings have their say.