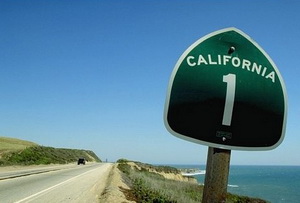 If we want to 'fix' voting in America, the Golden State could be the model.

The lessons of the 2012 election are still being learned, but here's one we already know: We need to do more to increase voter participation.

In many battleground states, the intense and highly partisan presidential campaign bumped up turnout percentages from 2008. But in most states, where the outcome of the presidential contest was predictable, voter participation fell from the historically high levels of four years ago.

On top of that, there were embarrassingly long lines at the polls in many locations, something that hardly reflected positively on the nation's commitment to democracy. Several states with Republican-controlled governments engaged in questionable practices to limit voting hours and impose other burdensome restrictions on people's ability to register and vote that led to inhumanly long lines, most notably in Ohio and Florida.

Whether by design or campaign neglect, it is time, as President Obama said in his victory speech, "to fix that" and other participation problems. A starting point could be found in California. Once the election results are certified here, in mid-December, the total number of voters will come close to 2008's high, although the turnout percentage will be lower.

That's because California added to its voter rolls, which is the first "fix that" step. This year, California made it easier to join the electorate, passing a law permitting online voter registration. More than 1 million people took advantage of the new system, 61% of whom were under 35. This expansion of the eligible electorate in California was accomplished with minimal administrative cost and helped get millions of new voters to the polls.

Of course, without a corresponding plan to make voting easy, such a large expansion in the number of those registered to vote could have been chaotic. But California requires local election officials to provide a mail-in ballot to anyone who requests one. More than 9.2 million such ballots were sent out for the Nov. 6 election, and in the June primary election, 65% of the votes cast came from people who skipped the lines and hassle of going to the polls and used the mail instead. (California also offered in-person "early voting," but it wasn't as convenient as mailing a ballot: In Los Angeles County this year, you had to go to Norwalk.)

And plenty of Californians did vote this year — more than 12 million and counting.

Remarkably, the demographic group known as Millennials (voters 18 to 30 years old), who are often incorrectly accused of voting at far lower rates than older generations, participated in California at rates greater than their presence in the population. Millennials make up 24% of the adult population of California, but according to exit polling data, they made up 27% of those who voted. By contrast, nationally, Millennials were about 19% of the electorate.

One of the incentives for these young voters was the presence on the ballot of Proposition 30, which was designed, in part, to halt or at least postpone tuition increases at all three levels of the state's higher-education system. There were a series of on-campus registration drives and a blizzard of campaign appearances on campuses across the state by Gov. Jerry Brown, and polling data show that awareness of what was at stake was very high among Millennials, two-thirds of whom helped pass the governor's initiative.

In California, the triple combination of a simple, online registration process, the convenience of voting by mail and the presence on the ballot of issues that directly related to the self-interest of a significant sector of voters brought newcomers to the polls, kept the state's turnout at a high level (even when California's electoral vote result was a foregone conclusion) and resulted in no reports of major problems at the polls.