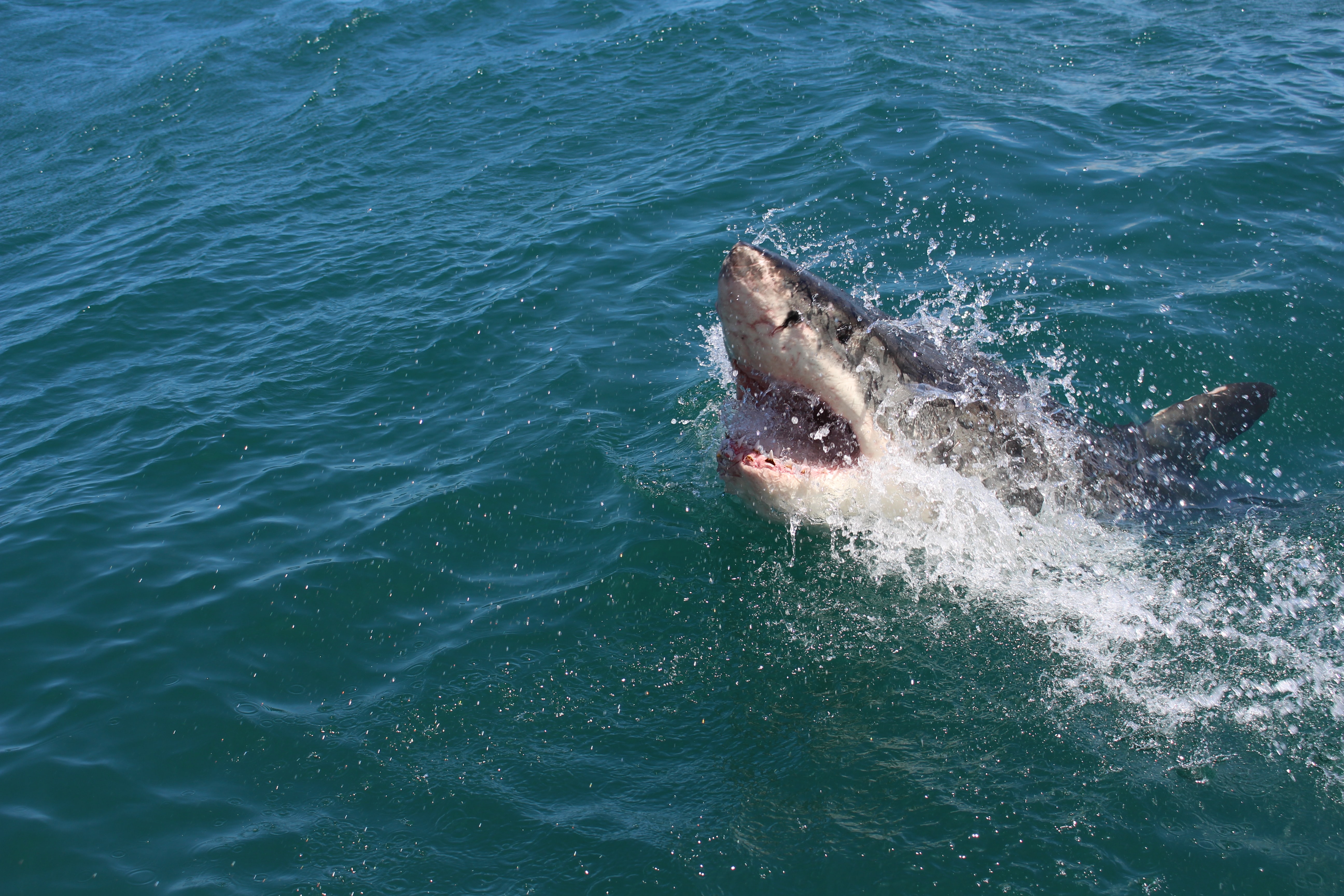 Given Donald Trump’s background as a reality show host, the TV-based idiom, “jumping the shark,” provides the most apt and accurate description of the impact his disastrous musing that injecting disinfectants might be a cure for Covid-19 has had on his presidency.

The term "jumping the shark" originally came from the long-running television show, “Happy Days,” that captured the zeitgeist of middle class America in the 1950's. One of the show’s characters, Arthur “Fonzie” Fonzarelli, a rebellious but good natured black leather jacket-wearing motorcycle rider, appeared occasionally when the show first aired, but eventually became central to each episode as the writers responded to his appeal to the show’s viewers. Always confident of his ability to do anything he wanted, “the Fonz’s” capabilities became almost superhuman. But, after he was shown jumping over a shark wearing his trademark black leather jacket while water skiing it became clear to the audience and critics alike that the creativity, cleverness and charm that had characterized “Happy Days” in the beginning, had degenerated. Since then, the phrase “jumping the shark” has become short hand for schticks that lost their appeal by being taken to an extreme, not just in television but in arenas ranging from entertainment to politics.

Based on his recent job approval numbers, the political equivalent of TV ratings, Trump’s “schtick” is no longer working. His job approval rating, after ticking up briefly during his initial response to the pandemic, has continued to slide. A recent survey by Monmouth University has Trump trailing Joe Biden by 9 points nationally and 16 points in “swing” counties, defined as those decided by fewer than 10 points in 2016. The Democratic margin of 8 points in the House generic ballot is as large as it was in 2018 when the Democrats picked up 41 seats. The Democrats are now even given a realistic chance of winning control of the U.S. Senate in November with Trump at the top of the ticket.

So far, Trump’s team has been unable to come up with a plan that might reverse these numbers, and still be acceptable to their boss. Empathy, compassion, knowledge, humility, or just plain common sense have helped other presidents to weather crises similar to the one the country faces now, but Trump has failed to demonstrate any of those attributes. Instead, like the writers of “Happy Days,” he keeps trying to return to what he’s done in the past that brought him success against improbable odds. He tweets, attacks the media and former presidents of either party and makes misogynist and racist comments, but no one is laughing anymore at such antics, and the Trump show’s ratings continue to slide.

The danger to the public’s health of Trump continuing to “jump the shark” can be seen in the daily death totals that are rising in states governed by Trump loyalists as they seek to please the president by relaxing stay-at-home rules without the necessary precautions to prevent further deaths from Covid 19. The danger to the fabric of American democracy is also clear as security guards are shot for telling store patrons to wear masks and protesters threaten state legislators with assault rifles from the gallery if they fail to vote to overturn public safety rules.

This is the type of civil insurrection and unrest that any president who cared about American democracy would be able to eliminate by simply telling his supporters to back off rather than praising them as “very good people.” But Donald Trump is no more interested in preserving democracy, if it means losing the next election, than he is in preserving the lives of Americans unnecessarily exposed to a deadly threat through his own incompetence. It appears that the only way this all-too-real show ends is for the voters to cancel it in November by a margin so large that even his most diehard supporters agree he has finally been fired.