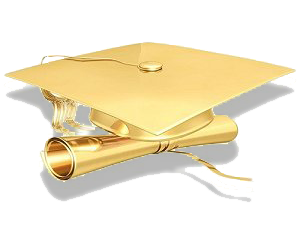 For centuries, explorers searched for the legendary golden city of El Dorado, seeking instant wealth in the jungles of South America. But today’s treasure trove may be found much closer to home; cities like El Dorado, Arkansas, for example, that have successfully linked their economic development strategy to improving the educational attainment of their residents.

El Dorado, a city of about 20,000 people that was at the heart of Arkansas’s oil boom in the 1920s has been hard pressed to reprise that economic growth experience in this century.  Instead of chasing after the fool’s gold of becoming cool, it has found a way to attract new residents and increase its economic vitality by promising its public school students a free college education if they graduate from high school with good grades. That promise has the potential to provide the critical glue in holding together a broad based economic recovery not just for cities such as El Dorado but for entire states or even the country.

The El Dorado Promise is a scholarship program established and funded by Murphy Oil Corporation, the town’s largest employer. Modeled after a similar program in Kalamazoo, MI, It provides graduates of the city’s high school a scholarship covering tuition and mandatory fees that can be used at any accredited two- or four-year, public or private, educational institution in the US up to an amount equal to the highest annual resident tuition at an Arkansas public university.

Since its inception in 2007, 1239 students have taken advantage of the offer. Over 90% of them have completed at least one year of college. The first high school class to enjoy this benefit has graduated after five years from college at a rate almost 40% greater than the state’s higher education student population. These gains in acquiring the skills necessary to be competitive in today’s global economy have been achieved by virtually all of the city’s high school students, over 90% of whom graduated from high school last year.

Furthermore the culture of a college-bound student population is now permeating throughout the school district, with a recent study finding that students in grades three through eight in the city scored significantly higher than their matched peers in nearby school districts in both math and literacy. The greatest gains have come from those who were the youngest when the Promise was announced.

The goal of the El Dorado Promise was not just greater educational attainment, however. The visionaries who established the program also wanted to use this program to improve the community’s economic vitality and quality of life. They have clearly done that.  Enrollment in the city’s schools was up 5% in just the first four years of the program’s existence. As the Promise website says, “the prospect of an increasingly educated workforce gives economic development leaders new tools to attract businesses to the region.”

The first such Promise was made in Kalamazoo, Michigan in 2005 by still anonymous benefactors seeking to restore the reputation of a city made famous in 1942 by the Glenn Miller Orchestra’s hit tune about a “gal” who lived there. Rather than raise taxes to balance the city’s budget, those who established the Kalamazoo Promise offered a fully paid four-year scholarship to any public institution of higher education in Michigan to any student who went to the city’s high schools for all four years. Under the terms of the Kalamazoo Promise, students have no obligation to repay the money or even to reside in Kalamazoo after they graduate from college.

The results are very similar to those of El Dorado. Kalamazoo’s student population is up 17.6% and dropout rates have been cut in half. Ninety percent of the city’s female African-American high school graduates have gone on to college. On the economic front, the proportion of residential construction in the city rose sharply from around 30% to nearly 50% of all permits issued in the greater Kalamazoo area. The community’s careful tracking of the results has identified 1600 families who say they are living in the city because of the Promise.

The economic challenges that caused El Dorado and Kalamazoo to up their game in getting local residents to graduate from high school and go on to college are no different than the challenge facing the country as a whole  in trying to create a competitive workforce in today’s increasingly global and technology driven economy.  For example, the Georgetown University’s Center on Education and the Workforce estimates that 62% of the jobs in the United States by the year 2018 will require at least some college education – for example a certificate for a specific skill – and that more than half of those jobs will require a bachelor’s degree. Unless the nation wants to fill those jobs with immigrants from other countries, it will have to do a much better job of giving each American who graduates from high school a chance to pursue a two year skill certificate or a baccalaureate degree.

A promise that rewards good academic performance in high school with a scholarship that pays for four years of college tuition has demonstrated it can make a major difference in achieving our educational and economic goals. Now it’s time for the rest of the country to find the gold that Kalamazoo and El Dorado have already discovered. Just as the country, as part of its overall economic development strategy, once expanded access to a universal free education first for primary schools and later for high schools, it must now find ways to make these two pioneering cities’ promise to their young people America’s Promise to all of its youth.