The Culture Wars Are Over, and Millennials Helped Win Them 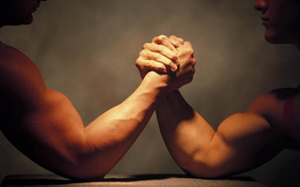 The sudden springtime blossoming of bipartisan cooperation by the Gang of Eight in crafting the comprehensive immigration-reform bill now before the Senate Judiciary Committee is a harbinger of political things to come. America is moving toward a millennial generation-driven consensus on a civic ethos for the 21st century that will redefine the proper role and function of government. The almost daily outbreak of intraparty warfare between Republican Senators Marco Rubio (Fla.) and Jeff Sessions (Ala.) over immigration is just the latest example of the struggles America goes through every eight decades to reach agreement on a new civic ethos. Ultimately, a rising young civic-oriented generation, similar to today’s millennials, drives the consensus and shapes the outcome based on its own beliefs and values.

While the next civic ethos consensus will eventually impact many aspects of public policy, we are already witnessing the emergence of a new common
ground in one previously contentious area — social issues. For at least 50 years, such questions have sharply divided the country and served as an effective campaign wedge, especially for conservative politicians. But all of this is changing.

The millennial generation’s strong beliefs in inclusion and equality are remaking America from the bottom up into one of the most tolerant and egalitarian nations in the world. This transformation is occurring across a range of specific concerns:

1. Immigration. Millennials are America’s most ethnically diverse generation. Four in 10 millennials are nonwhite and one in five has an immigrant parent. This makes the need to bring undocumented immigrants into the mainstream of American life not just a political imperative for those seeking to attract millennial and minority votes, but critical in connecting with millennials emotionally. Large majorities of millennials believe that immigrants strengthen American society (64%) and help the U.S. with their hard work and talent (59%). Seventy-eight percent of the generation say that people who came to the United States “illegally” should be allowed to say. Across all of these specific issues, millennial support for immigration is significantly higher than that of all older generations.

2. Gay rights.  Between 2001 and 2013, Americans moved from being opposed to gay marriage by a margin of 57% to 35% to support for it by 49% to 44%. While all generations have become more tolerant on this issue, it is the arrival of the millennial generation that has driven this remarkable change, one that the Pew Research Center calls the “largest change in opinion on any policy issue” during the past decade. Pew attributes most of the increase to millennials, 70% of whom now favor gay marriage. Already about a dozen states have legalized gay marriage, with more states and even the federal government likely to follow suit within the coming decade.

3. Marijuana. Two-thirds of millennials (64%) now support legalizing marijuana, forming the basis for a national majority on this issue for the first time ever. Just as in the 1930s when the rising clout of the GI or Greatest Generation spurred the repeal of Prohibition, the emergence of another civic-oriented generation, millennials, will lead to a lessening of penalties and community disapproval for the purchase and use of a previously banned substance in the years ahead. What many Baby Boomers dreamed of doing about marijuana back in the 20th century, millennials will accomplish in the 21st.

In several decades as millennials reflect on their achievements as teens and young adults, they will realize that by creating a new civic ethos, they helped the United States finally resolve and put to rest controversies over social issues that had divided the country since the 1960s. The result will be an America more open, tolerant, and inclusive than ever before. Because millennials love their parents, they will likely forgive them for the time and energy spent endlessly arguing about matters such as immigration, gay rights, and marijuana, even as millennials wonder what all of the shouting was about in the first place.