Can Kony 2012 Change the World? The Answer Depends on Which Generation You Ask 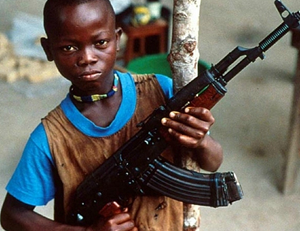 Most members of the Millennial generation (those born between 1982 and 2003) believe viral videos can make a measurable difference in the world. And despite its creator's recent tribulations, the most viral video in Internet history, Kony 2012, is giving them a chance to prove they're right.
Within five days of its release, the video—created by the California-based nonprofit Invisible Children about Lord's Resistance Army head and indicted war criminal Joseph Kony—had been seen by 80 million people, a major step toward creating global awareness of Kony’s crimes.
The video's tagline stated mission is to "make Joseph Kony famous," but the larger goal is to help capture Kony by the end of this year.  Until then, the video’s producers want everyone interested in the cause to join the publicity effort by putting up posters and stickers about Kony on April 20. While it remains to see whether the efforts will pay off in this case, all of these tactics to translate virtual interest into physical action are hallmarks of earlier successful organizing efforts that demonstrated the emerging power of the Millennial generation.
The most well known example of this strategy was the 2008 Obama campaign’s use of a Facebook-like website, MyBarackObama.com, to enable millions of supporters to organize in their communities by providing them with tools and information about other like-minded voters in their neighborhood. Crucially, the campaign also made sure that everyone involved understood what they needed to do offline.  Registering to vote and turnout activities were emphasized almost as much as making a donation.  The result was an outpouring of support among Millennials, two-thirds of whom voted for Obama. Their votes turned what would have been a narrow victory into a large mandate for change.
There have been other examples of linking online and offline organizing, though the English language currently has no word for the concept. (One suggestion, “onff line,” has failed to catch on.) In 2004, the Howard Dean campaign popularized the concept of a “money bomb” posting a graphic of the progress it was making toward its fundraising goal that "blew up" when the goal was reached.  The idea was wildly successful and has led to many variations that capture its essential elements—a clear goal and a deadline for taking action.
Most recently, Wikipedia’s one-day site blackout to protest the SOPA and PIPA bills, demonstrated just how powerful such a dramatic technique can be in altering the behavior of an entrenched establishment. The effort drove Millennials, more than any other generation, to flood Congress with tweets and emails, causing dozens of Senators and representatives to withdraw their support for the legislation.
In the case of the Kony 2012 video, the awareness campaign was carefully planned to take advantage of Millennials’ fondness for social media and their desire to change the world together. The video campaign initially targeted 20 “culture makers,” including George Clooney, Angelina Jolie, and Ryan Seacrest. The video drew about 66,000 viewers on the first day of its release, but exploded after Oprah Winfrey, another of the culture makers, tweeted it to her 10 million followers. That day, the video had about a million views.
As a result of the coordinated campaign, 40 percent of all Millennials said they had heard “a lot” about the video one week after its release, according to a Pew Research survey, twice the percentage of any other generation. Of that group, half learned about it from social media, and almost two-thirds from some online information source.  Of the millions of tweets the awareness campaign generated, more than two-thirds said something positive about the video.
But not everyone was impressed. As the campaign gained notoriety, others—mostly baby boomers, those born between 1946 and 1964—began to weigh in about the need to listen to true experts on the topic before signing on to a cause based on one video. Members of often-cynical Generation X, those born between 1965 and 1981, expressed skepticism about the nonprofit’s motives; questioned its leaders' salaries (which are quite modest by charity standards); and demanded a transparent audit of Invisible Children’s books.  The reactions of older generations reflected the traditional ways entrenched interests have defended themselves from sudden disruptions to their world and challenges to their power. Millennials, who place their faith in the wisdom of the group and have little interest in being lectured at by experts who have not been able to resolve the world’s problems, are unlikely to be dissuaded by the pushback.
Janessa Goldbeck, a Millennial who is the former field director for the Genocide Intervention Network and is currently pedaling her bike across America as part of her “Make US Strong” campaign to support international development, succinctly explains the critical role social media plays in organizing efforts by her generation. “We have to build political will, which means organizing both online and offline," she says. "Social media platforms lower the barrier to entry and provide people with mechanisms to connect and get involved—hopefully for the long haul.”
This online-offline approach strikes Boomers like Malcolm Gladwell and Thomas Friedman as weak imitations of the street demonstrations of their youth, but during the last five years it has elected a president and stopped the entertainment industry from working its usual will in Congress. By the end of this year we will know if it has also been successful in bringing a war criminal to justice.

Update
Two weeks after the video went viral, the European Union and the United States announced their financial support for an African regional force of 5,000 troops with authority to cross borders and track Kony and his army down, putting the offline campaign right on track to achieve Invisible Children's goal.