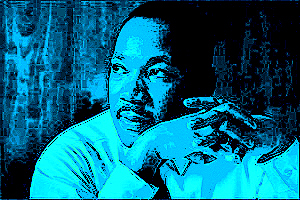 It is both fitting and proper that America is planning to commemorate the fiftieth anniversary of the historic March on Washington on August 28, 1963 with major gatherings in Washington beginning this weekend and culminating in remarks by President Obama who personifies the progress the nation has made since that historic day. Not only did the 1963 March establish the political environment that led to the passage of the Civil Rights Act of 1964 and the Voting Rights Act of 1965, but the memorable and moving speech to the gathering in the mall at the foot of the Lincoln Memorial, delivered by the Reverend Martin Luther King, laid out a vision for the future of America that continues to inspire us all to create a more tolerant, inclusive nation.

Although King’s dream of a future where children in America would be ”judged not by the color of their skin, but by the content of their character” is not yet here, the nation’s youngest generations, particularly Millennials (born 1982-2003), are hastening the day when his dream will come true. Most of the ninety-five million Millennials are united in their belief that everyone should be included in the group and they have the numbers to make that desire come true.

But they won’t go about it with the kind of confrontational approach that Boomers in the 1960’s used to change the course of the country. Millennials believe in collaboration and the importance of finding win-win solutions to any problem. Their radically different strategy for creating societal change from the bottom up will mean that Dr. King’s dream is more likely to be realized quietly, in one community, school, and workplace at a time, than through mass protests and demonstrations that are an echo of America’s past.