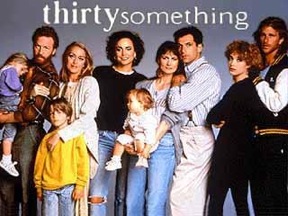 But, the world Millennial families will be entering is considerably different than the go-go 80s that the Boomers portrayed in “Thirtysomething” enjoyed.

The most obvious dissimilarity between the young Boomers of the 1980s and today’s Millennials is the vastly different economic circumstances that the two generations have experienced.

In one respect, those turning 30 in 2012 are considered the “lucky ones” by their peers. Many of them graduated college and began searching for work before the Great Recession started, enabling these first Millennials to enjoy much higher levels of employment and better paying jobs than those who came later.

Nevertheless, many of the oldest Millennials feel the same burden of college debt and diminished economic prospects as their younger peers. A recent Pew Research study found the average net worth of households headed by those under 35 fell from $11,521 in 1984 to just $3,662 in 2009, a drop of 68 percent. These are hardly the assets required to buy a home or undertake raising a family.

It is not surprising, therefore, that another Pew study found most Millennials postponing marriage until later in life than earlier generations.

The median age of first marriages has never been higher for brides (26.5 years) and grooms (28.7), according to U.S. Census data.

“Thirtysomething’s” focus on the difficulties of married life and the burdens of work among young Boomers made sense in the 1980s when a large majority of American adults were married, and unemployment was lower than it is now.

To be realistic, a show about today’s thirtysomething Millennials would have to include the travails of living in their parents’ house and trying to make ends meet on a part-time job.

Still, those Millennials who can afford it, and some who can’t, will inevitably provide the impetus for family formation in America as they enter their 30s.

A majority of Millennials (52%) consider being a good parent the most important priority in their life. Owning their own home (30%) and having a successful marriage (20%) also rank high on their list of key lifestyle goals and values.

When they do raise a family, in whatever diverse living arrangements they may choose, the greatest number will want to settle in the suburbs. According to a survey by communication research firm Frank N. Magid Associates, 43 percent of Millennials consider the suburbs their “ideal place” to live while cities, small towns, and rural America were each chosen by only 17 percent.

Given these Millennial residential preferences and the cohort’s restricted economic circumstances, the current trend toward three generations living under the same roof is also likely to continue.

Because of their size and uniformity of belief, the Millennials will remake America in their image in the coming decades. They have already begun to do so in politics and technology.

Starting in 2012, their influence will begin to be felt in the institution most central to the country’s social and economic life—America’s families. How Millennial families are formed and how they decide to live will determine what it means to be thirtysomething for the first half of the 21st century. 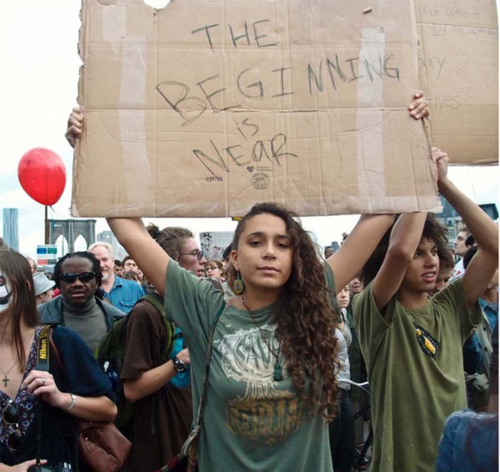 While the Occupy movement has had some success in appealing to Millennials, it still has more to do before it is fully embraced by the generation, as suggested by the results of a national survey conducted this month by the consulting firm Frank N. Magid Associates.

Gaining widespread Millennial endorsement wouldn’t just represent a PR victory by the Occupy movement. By 2012, when more than 60 percent of this 95-million-strong generation will be 18 or older, almost 1 in 4 American adults will be a Millennial. By the end of this decade, when virtually all Millennials will have come of age, the generation will comprise more than one-third (36 percent) of US adults. Millennial approval and participation is vital to the Occupy movement’s survival going forward.

Demographically, the movement has significant Millennial representation, but it does not appear to be predominantly comprised of Millennials. A survey conducted by Fordham University professor Costas Panagopoulos indicated that the mean age of adult protesters in New York’s Zuccotti Park was 33. Since the oldest Millennial is just 29, it is obvious that a fair number of those in the park were members of older generations.

Demonstrations on or near college campuses almost certainly contain larger contingents of Millennials than those elsewhere. Still it is evident that older generations are playing a key role in the Occupy movement, particularly the anarchists and professional left wing agitators who initially energized the protests.

Attitudinally, large majorities of Millennials do concur with the Occupy movement’s view of present day America.

Eight in ten adult Millennials agree that the gap between the rich and the middle class is larger than ever. About three-quarters of Millennials say that big business and Wall Street have too much power, that taxes should be increased on the wealthiest 1 percent of Americans (75 percent), and that Wall Street and the financial industry should be punished for their role in the economic recession (71 percent). Two-thirds of the generation favor increased regulation of banks and the financial industry.

Millennials also have a somewhat better assessment of the Occupy movement itself than do older generations. The strongest Millennial perception of the movement is that it is “liberal” (38 percent), not a negative term within the only generation in which liberals and progressives outnumber conservatives and moderates.

By contrast, the strongest perceptions held of the Occupy movement by Baby Boomers and senior citizen Silents is that the movement is “anti-establishment” (39 percent), “radical” (30 percent), and even “revolutionary” (25 percent).

Overall, the Millennial generation is evenly divided about the movement, with a quarter still uncertain. Even so, Millennials are more positive about Occupy than older generations, among whom 34 percent hold favorable opinions and 44 percent negative.

But despite their sympathy with the movement, Millennials are not yet ready to fully endorse the Occupy movement. This gap between the support Millennials have for the beliefs of the protest movement and their less than enthusiastic backing of it, suggests both the opportunity for success Occupy still has and the danger to the movement if it fails to focus its strategy on attracting Millennials to its cause.

One problem, according to observers ranging from newspapers to high school and college students and even to the “belly of the beast,” Wall Street itself, is that the Occupy movement lacks strong leaders who can guide and personalize it. A large majority of the public at large and Millennials in particular (67 percent each) agrees with this assessment.

Most of the major social movements of the 20th century had charismatic leaders, such as Martin Luther King, Jr.(civil rights) and Gloria Steinem (women’s liberation), who played this key role. But in the social network-driven 21st century, movements appear, by design, to be “leaderless,” and lacking in clear structure. They are horizontal rather than vertical.

Millennials are, in fact, a bit less concerned than other generations that the Occupy movement is “leaderless”;a slight majority of them (54 percent) either say this is a good thing or at least provides a mixture of both advantages and disadvantages. Moreover, a scattered and loose structure and lack of obvious and well-known national leaders did not prevent the tea party movement from being a major force in the 2010 midterm elections or the contest for the 2012 GOPpresidential nomination.

A far more important concern is that about 7 in 10 Millennials cannot figure out just what the Occupy movement is and what its goals really are. In only a few scattered locations, such as college campuses in California where there was a call for tuition relief, did Occupy protestors cite definite actionable objectives or make specific demands. In contrast to the tea party’s clear and consistent opposition to tax increases or “big government” programs like “Obamacare,” the goals of the Occupy movement often seem unvoiced and inchoate.

Unlike the ideologically driven Boomer Generation, which was content to use teach-ins and other talk-a-thon strategies to endlessly discuss, if not actually advance, its causes, Millennials bring a strong dose of pragmatism to their desire to change the world and would be more likely to participate in Occupy activities if they were more action-oriented.

In the end, if the Occupy movement is to become Millennial and really effect change, it must do more than simply inspire sympathy and sentiment. It must move beyond being a protest movement and become a political movement, one with specific goals that engages and alters the political process. Only by using these and other tactics to attract the Millennial Generation will the Occupy movement break out of its original, limited conception as simply being a way to express unhappiness with current economic conditions. To fully achieve its potential, even without a permanent, physical presence in urban America, it must take the steps necessary to become a decisive, action-oriented voice within an emerging and powerful generation.