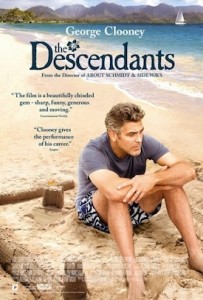 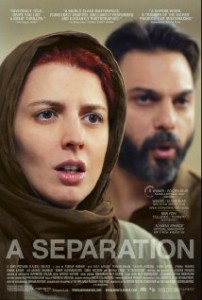 Boomers (born 1946-1964) brought the nation’s divorce rate to a historic high of one out of every two marriages. Most of their children have grown up living in single-parent home or at least are friends with someone who has. As a result, 50% of Millennials (born 1982-2003) say that “being a good parent” is their single highest priority in life. Couple that attitude with the relative dominance of females within the generation and you have the perfect recipe for the plot of The Descendants.

In the film, one of George Clooney’s two daughters, is played by Shailene Woodley, the star of ABC Family’s “The Secret Life of the American Teenager,” a program whose popularity among Millennials has resulted in an unprecedented five-year run on the channel. The Descendants begins in earnest when Woodley informs Clooney of his wife’s — her mother’s — infidelity, and then, using all of her generation’s philosophy on “how to handle stuff,” helps guide her father’s ultimate reconciliation with his life’s decisions and with those of the people around him. 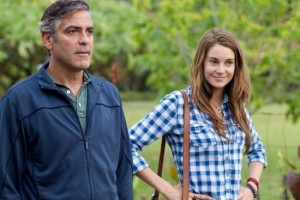 While generational birth years and characteristics don’t readily translate across the boundaries of culture and religion, the importance of children in Iran, a country in which 70% of the population is under 30, comes across very clearly in A Separation, the odds-on favorite for best foreign film at this year’s Academy Awards. Eleven-year-old Termeh is the one thing that is holding her parent’s dysfunctional family together. Both of Termeh’s parents demonstrate the personal stubbornness and unwillingness to compromise that Americans recognize in our own Boomer Generation’s behavior and attitudes. Even when her parents give up all hope of saving their marriage, they still leave it up to Termeh, the only person in the film with any wisdom, to determine her own custodial rights.

Two other Oscar contenders, Martin Scorcese’s masterpiece, Hugo and Incredibly Close and Extremely Loud, featuring Tom Hanks, also have strong performances by Millennial-aged actors. But the very similar plot lines of these two movies do not have a Millennial Generation point of view about families and the role of women. Even though Hugo is set in a Depression-era Paris train station, andIncredibly Close in post 9/11 New York, in each film a son tries to figure out a mystery his dead father has left behind.

A son attempting to understand his father and live up to his father’s expectations, however, is a time-worn plot, more typical of an earlier era. Despite the technical brilliance of Hugo, neither film is expected to garner top honors from the Academy. Instead, just as “Modern Family” and its diverse ensemble cast has recently dominated the Emmys for TV sitcoms, the Oscars are much more likely to look with favor on this year’s two films that have Millennial daughters and Boomer dads at the core of their story lines and casts.

In so doing, Hollywood will take a major step toward recognizing an emerging generation whose size and unity of belief is likely to dominate American society and culture for decades to come. By 2020, more than one of three American adults will be a Millennial, a cohort in which two-thirds agree on the answers to almost every question in most surveys. Now if the industry could only figure out a way of attracting Millennials to movie theaters as well as including them in its scripts, Hollywood would have an even brighter story to tell about its own future.