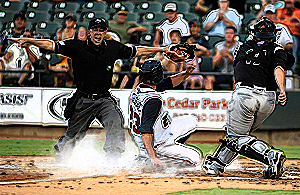 More recently, the powerful and disproportionately large impact of the Great Recession on young Americans appears to have further accelerated this trend    toward multigenerational households. According to Pew, in 2011, the unemployment rate for 18-24 year olds (16.3%) and 25-29 year olds (10.3%) was well above that of those 35-64 (7%).

But the growth in multigenerational households represents more than simply the result of economic stress. It also reflects how Millennials were raised and the value both they and their parents place on family life.  According to Pew, the large majority of young adults who now live with their parents are both satisfied with this arrangement (78%) and optimistic about their future (77%). In fact, more than a third (34%) of them actually believe that living with their parents at this stage of life has been good for their relationship with their parents, about twice the number who say it has been bad (18%). From the parents’ perspective, those who say an adult child of theirs has moved back home recently are just as satisfied with their family life and housing situation as are those parents whose adult children have not returned home. In this regard, these upbeat parents resemble Cliff and Clair Huxtable, the original TV role models for the proper rearing of Millennials on “The Bill Cosby Show,” who outwardly complained, but inwardly seemed pleased, every time one of their children (and sometimes grandchildren) “boomeranged” back to the family’s home.

Furthermore, both the adult Millennials who are living with their parents as well as their parents seem to be benefitting from this arrangement. This contradicts the notion, popular among Boomers, that living with parents after one becomes an adult represents some sort of personal failure or lack of initiative. Nearly three-fourths (72%) of the adult children say that living with their parents has had a positive impact on their own personal finances. Young adults who live with their parents also contribute to the household in a variety of ways. Nearly all (96%) say they do chores around the house. Three-quarters contribute to paying household expenses such as groceries or utility bills. More than a third (35%) pay rent to their parents. Given all this, it is not surprising that multigenerational households have become increasingly common with so little complaint from any of the generations involved.

However, many pundits have expressed a concern about what this trend means for America in the decades ahead. For example, in a recent New York Times article Todd and Victoria Buchholz wrote disparagingly of the “go-nowhere generation” that refuses to take risks, bestir itself from the insulation of home and “go on the road” to seek a better future.  Along the way, the Buchholz’s praise the Greatest Generation [which] “signed up to ship out to fight Nazis in Germany or the Japanese imperial forces in the Pacific,”  almost seeming to imply that the GI’s fought   the battles of Normandy and Iwo Jima  simply to demonstrate  their rugged individualism by leaving  the parental  home.

History tells a different story. Like Millennials, the GI Generation (born 1901-1924) was of a type labeled “civic” by those who study generational change. Like the Millennial Generation, the GI Generation was raised in a protected manner by its parents and even tended to stay with their parents well into adulthood; multi-generational households according to Pew, after all, were far more common—nearly one in four in 1940—than today. This led to complaints about the generation that later became known as the Greatest Generation which sound strikingly like what is said about Millennials today. According to William Strauss and Neil Howe, the creators of generational theory, early in World War II, Army psychiatrists even fretted about “how badly Army recruits had been over-mothered in the years before the war.”

Perhaps as a result of this protected upbringing, the GI Generation also was a “stay-at-home” cohort when its members were young adults. A Pew analysis of US Census data from 1940, when all 25-34 year olds were of this generation, indicates that about 28% of them lived in multi-generational households, a number almost identical to that of Millennials today. As a result, members of the GI Generation married and had children later than previous or subsequent generations, just as Millennials are doing today. However, once the pressures of depression and war were behind them, the GI Generation more than caught up. It parented the Baby Boom Generation, the largest in American history before Millennials came along. Aided by favorable governmental policies such as the GI Bill and the Federal Housing Administration, it grew the American economy to unprecedented heights, and expanded the American middle class, homeownership, and enjoyed en masse the chance to escape crowded cities for more bucolic suburbs.

There is every reason to expect similar achievements from America’s newest civic generation, just as we have seen from previous cohorts of this kind.    As was the case with their GI Generation great-grandparents before them, almost all negative social indicators—youthful crime, substance abuse, and out-of-wedlock teen pregnancy—have fallen to some of the lowest levels in modern history. Meanwhile, positive indicators, such as school test scores and educational achievement, have risen to the highest levels in decades. No less than other generations, Millennials value being good parents, home ownership, having a successful marriage, and helping others in need.  Perhaps the alarmists are wrong. Maybe being “safe at home” especially during times of adversity, is a good thing for young adults, their parents, and the nation.