Racism Won’t Work for Trump Thanks to Millennials 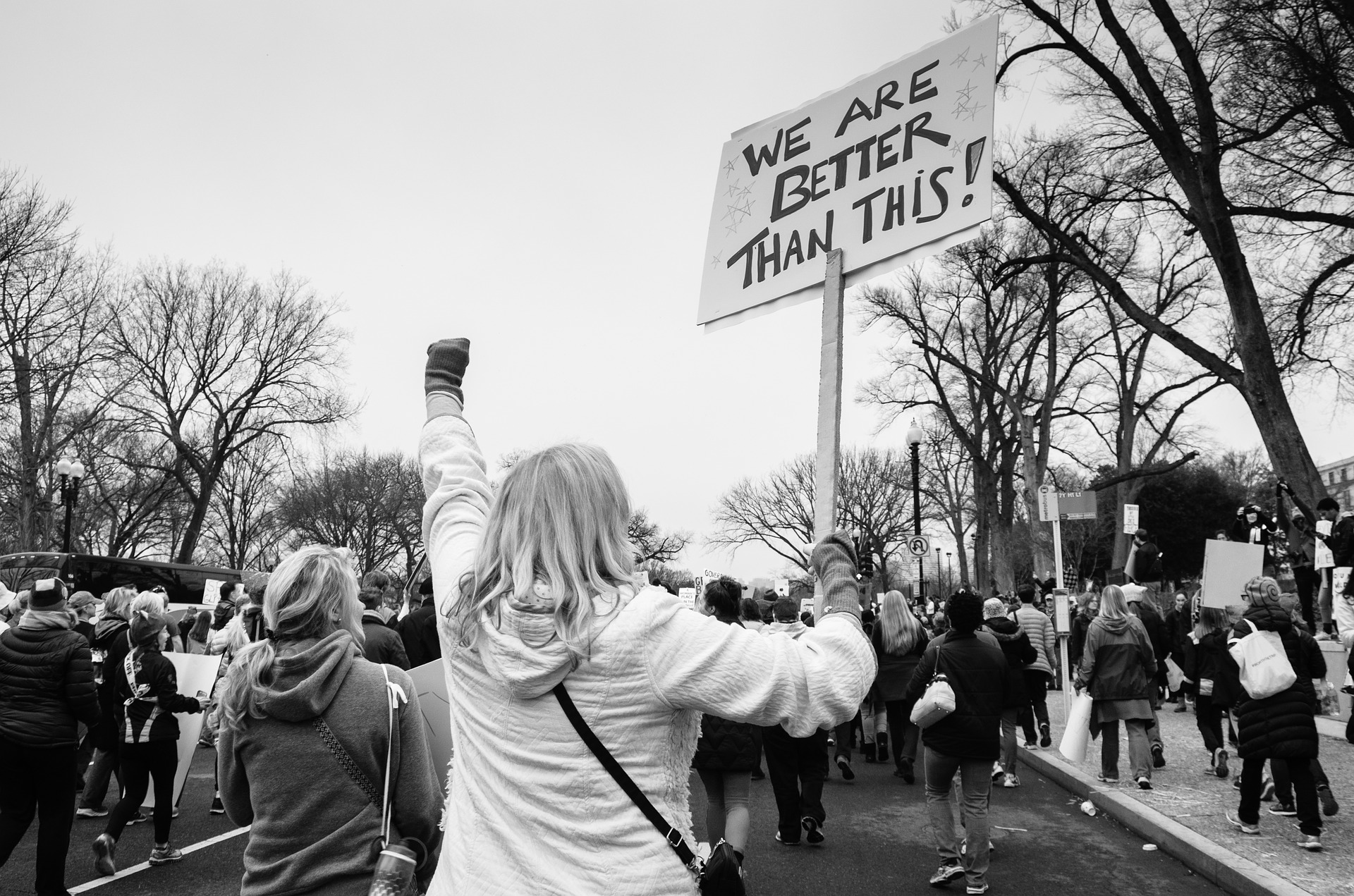 A version of this blog was published by the Los Angeles Times on August 20, 2019.

Racism is increasingly unacceptable to most Americans. This is true among conservatives as well as liberals, college and non-college educated adults alike. But what’s behind the United States becoming a place where racist expression is more and more unpopular are the beliefs and behaviors of the generation born between 1982 and 2003, the Millennials.

USC political scientists, Morris Levy and Dennis Chong, examined 40 years of data gathered by NORC at the University of Chicago in its rigorous and respected General Social Survey to arrive at that conclusion. The survey traces support for the public expression of controversial opinions on topics such as race, sexual orientation, religion and extreme political views. The USC researchers found that starting with the birth of the Baby Boomer generation in the mid-1940’s, each annual cohort, as those within it become adults, express less tolerance toward racist speech, than those born just before them. Every other category of extreme speech surveyed showed the opposite result, with each cohort becoming more tolerant than the last from 1976 to 2016. Even as tolerance for positive expressions about homosexuality, atheism, more militaristic government, and communism have all risen dramatically among Americans, tolerance for racist commentary has fallen to its lowest level since the mid-1980s.

Trends in Tolerance for Different Kinds of Speech by Birth Year 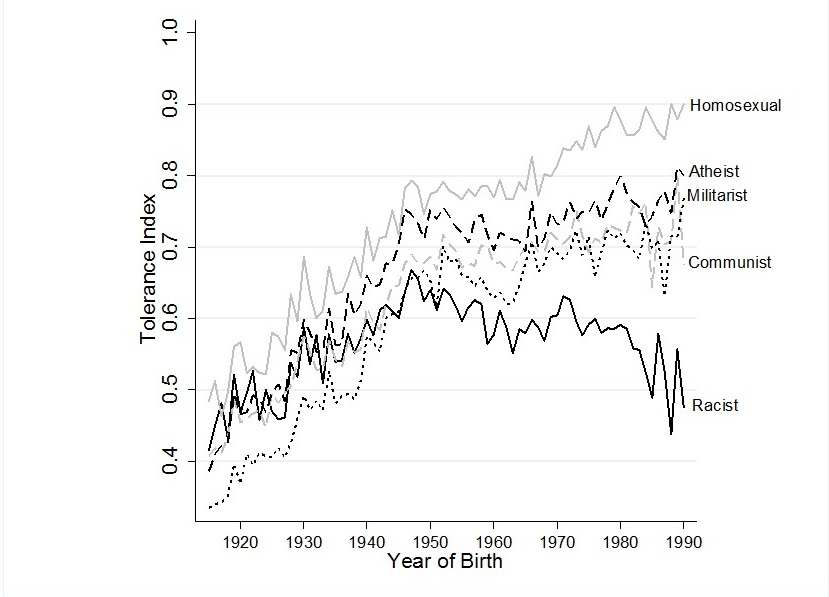 These results have been produced, in large part, by the increasing numbers of Millennials among America’s adult population –and the surveys’ samples—during the past four decades. They reflect a growing conviction on the part of younger Americans, as Levy and Chong document, that for them “racist speech is not just an issue of freedom but an affront to the value of equality.”

These findings contradict the usual portrayal of Millennials as uncomfortable hearing ideas that differ from their own. Their careful research suggests that the generation’s outsized impact on the U.S. becoming simultaneously more accepting of what older voters consider extreme views (support for homosexuals for instance), and much less accepting of racist commentary reflects a deep-seated belief in tolerance and inclusivity. As the nation’s most diverse adult generation (two out of five Millennials are non-white), it is not hard to understand why this cohort would be hostile to negative comments about people like themselves or their families and friends.

These findings have crucial implications for the 2020 presidential election. President Trump has chosen to campaign by making it clear that he sympathizes with those who yearn for a whiter America. Republicans ran a test of this strategy during the mid-term campaigns, using daily images of immigrant caravans threatening to “invade” America’s borders. The result was the loss of 40 GOP seats in the House of Representatives as college educated women, minorities and Millennials turned out in droves to register their dissatisfaction with President Trump’s rhetoric as well as his performance in office.

There is nothing in the long-term trends in American public opinion identified by Levy and Chung that suggests hostility to expressions of racism will lessen any time soon. As recently as July, just 3% of voters in a Quinnipiac survey who thought Trump was a racist were willing to find other reasons to support him. Overall, 51% of registered voters Quinnipiac surveyed assigned him to the racist category, meaning it would be almost impossible for the president to gain their 2020 vote.

Of course, it is too early to predict the outcome of the November 2020 election. Much will depend on who is on the Democratic ticket and what the state of the country is fifteen months from now. But as long as Trump continues to use racist rhetoric, betraying his own lack of tolerance for people whose identity and/or ideas aren’t the same as his, he will be campaigning against a rising tide of disapproval of hateful speech that threatens to drown him and his presidency.