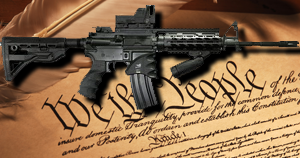 As demonstrated in the presidential exit polls and rehashed in countless articles and blogs since the election, Barack Obama’s decisive reelection victory over Mitt Romney was a triumph for a still-emerging, majority Democratic Obama coalition, which we said in a pair of preelection Next America articles would define a new civic ethos, or consensus on the role of government, for the nation.

The president even more forcefully reiterated his civic ethos vision–that America and its individual citizens advance only when “We, the People” work “together”–in his Inaugural Address. Now, a recent Pew Research survey indicates that in doing so the president is speaking clearly to the policy preferences of his side of America’s two new 21st-century political party coalitions.

The Democratic coalition is centered on the millennial generation (young voters 18 to 30), women (especially single women), minorities, and the highly educated, and is geographically focused in the Northeast and West.

All of these groups gave at least 55 percent of their 2012 presidential votes to the president. In fact, without the support of 60 percent of millennials, Obama would have lost the election. For some parts of the coalition, support for the president’s reelection verged on unanimity.
More than nine in 10 African-Americans voted for him, as did about seven in 10 Asians, Hispanics, Jews, and single women.

On the other side, the groups in the Republican coalition were equally loyal to Mitt Romney. Solid majorities of men, whites, seniors–especially those living in the South and Great Plains and Rocky Mountain states–voted for the GOP candidate.

But the first policy area–gun control–on which these coalitions have clearly reemerged to reshape the political landscape, is one that wasn’t even discussed during the campaign. Social Security and Medicare have long been considered “third rail” issues in U.S. politics–matters so contentious and controversial as to be untouchable by any rational officeholder or candidate.

Over the past two decades, gun control has been such an issue for Democrats. Obama studiously avoided the topic during his first term. In 1994, Bill Clinton saw his party lose control of both chambers of Congress for the first time in 40 years after passing a ban on assault weapons. He recently warned his fellow Democrats to be very careful in their approach to this subject.

But the tragedy in Newtown, Conn., made it impossible for the president to ignore the issue, even if he was so inclined, and earlier this year Obama proposed several congressional actions, including expanded background checks for arms purchasers, a resumption of the federal assault-weapons ban, and limiting the capacity of ammunition magazines, as well as 23 executive orders to deal with firearm usage.

The president enters the fray this time with the full support of his coalition on this issue and, as suggested by his Inaugural Address’s reference to the safety of our children, is willing to mobilize and use that coalition on behalf of his proposals.

Pew’s basic gun-control question asks respondents if it’s more important “to protect the right of Americans to own guns or to control gun ownership.” In a mid-January 2013 survey—fielded a month after the Newtown shootings—a 51 percent to 45 percent majority favored emphasizing control on gun ownership rather than protecting the right to own guns.

Two years earlier, a 49 percent to 46 percent plurality took exactly the opposite positions. It is the rise of the Obama Democratic coalition that underpins this new majority support for gun control.

The majority of women, millennials, African-Americans, Hispanics, and college graduates, as well as those who lived in urban and suburban areas and those in the Northeast and West, all support controlling gun ownership over protecting gun owners’ rights.
As in the 2012 election, the Obama coalition is opposed by a coalition of males, whites, those with incomplete college education, and rural residents, the majorities of whom prefer to protect gun owners’ rights.

It is uncertain how many of Obama’s proposed gun-control measures will ultimately be enacted by Congress and what form they will take in the legislative process.
The Pew survey indicates that gun-ownership-rights supporters are more politically active; 42 percent of them, as compared with 25 percent of gun-control advocates, have contributed money to an organization, contacted a public official, expressed an opinion on a social network, and/or signed a petition about gun policy.

However, one of the most often repeated, but inaccurate, memes of the 2012 campaign was that Obama’s reelection chances suffered from an “enthusiasm gap” that would retard participation by the president’s supporters. By Election Day that gap had fully closed.

Gun control is only one of the legislative initiatives promised by Obama for his second term. In his Inaugural Address, he briefly referred to immigration reform, climate change, protecting the middle class in entitlement adjustments, infrastructure development, education, and revamping both voting processes and the federal tax code.

The president seems intent on mobilizing his coalition to enact his policy agenda. If he is successful, the nation will see the enactment of an array of domestic policies as sweeping in its scope as Franklin Roosevelt’s New Deal, but aligned this time with the ideas and beliefs of another president and his winning 21st-century coalition.
Politics
Do you like this post?
Tweet