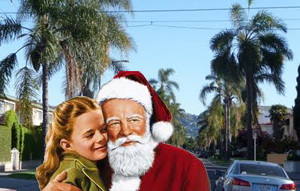 Confrontation and conflict are the favorite dispute resolution tools of Baby Boomers, who were born in the aftermath of WWII and grew up in the rebellious ‘60s. In stark contrast, members of the Millennial generation, born 1982-2003, bring a spirit of collaboration and consensus to solving any problem they encounter. A great example of what a difference this generational distinction can make is the cooperative spirit the parents at the LA Unified School District’s 24th Street school, most of whom are Millennials in their twenties or early thirties, used in resolving the dispute over the school’s future.

Located near the 10 freeway and Western Avenue in a predominantly Hispanic, hardscrabble neighborhood, the school appeared regularly on the District’s list of academic underperformers. Beyond poor learning outcomes, the parents at the school were upset by LAUSD’s apparent unwillingness to address major cleanliness and health issues and a tendency for the principal to use suspensions and a police presence as the way to enforce discipline. Before California’s Parent Trigger law gave parents the legal status to challenge incumbent administrators, the parents had organized a protest designed to remove the principal, but LAUSD failed to respond to their request.

So when organizers for the Parent Revolution non-profit that originally conceived of the Parent Trigger law contacted the school’s parents in May  2012, they found a group that was  prepared to spend long hours in the grinding work of organizing their peers into a cohesive and unified force that LAUSD would have to deal with. The parents knocked on doors and handed out flyers at the school inviting mothers to come to a nearby park where they met every Thursday after dropping off their kids at school. The “parent union” leaders surveyed all the other parents to determine what they liked or didn’t like about the school and encouraged those interested to attend the Public School Choice programs LAUSD ran to learn more about school reform options. Dissatisfied with what the District’s processes, the parents who came to the park elected a steering committee that met every Monday morning to organize the Thursday discussions.

The discussions led to an emerging consensus on the changes the parents wanted to see at the school site.  They wanted to make sure that children with special needs had the right level of support services and the restoration of the preschool Early Education Center the district had eliminated due to budget cuts.  They demanded that dead animals and other health hazards, like non-functioning bathrooms, be fixed immediately. But the demand that brought about a real transformation of the conflict at the school and changed its culture in the most fundamental way was their insistence that everyone “play nice” together. They wanted LAUSD’s K-5 24th St. School and the Crown Prep charter school that ran a somewhat competing 5-8 charter school at the same site to embrace a spirit of collaboration to address the needs of the children, not necessarily their individual institutional interests.

On January 17, 2013, about nine months after they were first contacted by Parent Revolution, the parents submitted a “parent trigger” petition to LAUSD, asking that the school be reconstituted under the federal No School Left Behind law’s guidelines for underperforming schools. Unlike other instances in California when such a petition has been presented to a school district’s board, LAUSD, under the guidance of its reform minded superintendent, John Deasy, responded positively to their request.  Eight Letters of Intent were presented to the  parents from entities that wanted to take over its operations, including ones from Crown Prep and LAUSD.

The parents formed a committee, which met every day from 8:30 AM until 2:30 PM, to review these proposals. They presented all the ideas to the parents at the weekly Thursday meetings and asked each bidder to come to the park and talk to them. On the day of LAUSD’s presentation it rained continuously, but Superintendent John Deasy stayed to talk to the parents as the rain fell about how to find common ground.

Finally, the parents reached a consensus on how to restructure the school. They wanted to retain the college prep focus of the existing charter school, but they didn’t want an organization with little expertise in elementary education taking over K-4. So they asked LAUSD and Crown Prep to establish a collaboration on behalf of their children. If both entities would agree, a brand new LAUSD school with a new principal and new teachers would have responsibility for kindergarten through fourth grade on the campus and Crown Prep would have uncontested responsibility for grades 5-8.  Parents wanted both organizations to agree in writing that children would be on a college readiness track when they went to high school and that both organizations would share professional development of the 24th St. School teachers to ensure a seamless environment on the two school campus, including coordination of schedules.

Then a miracle happened. The two competing bidders found a way to agree with the unprecedented request of the parents. They signed an addendum to their bids acceding to the parents’ wishes. The parents voted their approval on April 10, 2013, just about one year after their organizing activities had begun.  A newly responsive LAUSD school board approved this innovative new concept one week later and parents became part of the committees that interviewed prospective principals and teachers for their school. The newly reconstituted school opened in the fall of 2013, with a new principal and a new set of teachers who, in the words of one of the parents, “have lots of new ideas and a strong desire to work on behalf of los niños.”   The early education center is scheduled to reopen in January, 2015.

When it came time for LAUSD to decide whether to retain the services of Superintendent Deasy, one of the most eloquent speeches on his behalf was delivered by a parent from the 24th St. School who recalled that day in the rain in the park as evidence of Deasy’s commitment to the children of Los Angeles. A school board riven by differences in personality and policy was taught a lesson about how to work in a more collaborative way by the Millennial parents who had embodied this new spirit in everything they did. As Boomers age and fade from their current leadership roles, perhaps more institutions will find a way to embrace Millennial values and behaviors that have already brought “a smile instead of tears” to the faces of the children of the 24th St. school in the City of Angels.