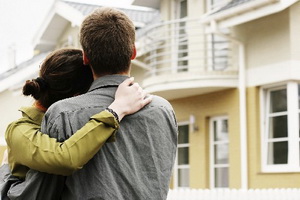 Recent data from a survey commissioned by Better Homes and Garden Real Estate (BHGRE) suggests a pent up desire among 18-35 year-olds to own a home of their own that could easily fuel a real estate boom for at least the rest of this decade.

In contrast to predictions from some futurists that the Millennial generation, born 1982-2003, will be content to be lifelong renters, BHGRE’s survey found home ownership still ranked as young Americans’ most important definition of personal success.  Overall, three-fourths of those surveyed named home ownership as an indicator of having succeeded financially, more than seven times the number who named other major expenditures such as taking extravagant vacations, buying an expensive car, or owning designer clothing. Even among those living in the Northeast or in cities, seventy percent identified home ownership as the best indicator of having made it financially. This is fully in line with earlier studies by Pew Research that found home ownership was among the top three priorities in life for members of the Millennial generation.

Unlike comments often made about this generation by some of their elders, most Millennials didn’t express sentiments suggesting that they feel entitled to be simply handed this badge of success.  Seventy percent of those in BHGRE’s survey said they needed to possess the skills to own a home; only thirty percent said they “deserved it.” Respondents also made it clear they were prepared to sacrifice to achieve their dream of home ownership.  About sixty percent were willing to eat out less and/or only spend on necessities to save the money needed to buy a home. These sentiments were most strongly expressed by those who had grown up in a home  owned by their parents.  In addition, forty percent were willing to take a second job. And, almost a quarter  of the generation accused of  “failing  to launch”  were prepared to live with their parents for a couple of years to save the money they would need to own a piece of the American Dream.

The collapse of the housing market that triggered the Great Recession also has made Millennials sophisticated, knowledgeable consumers when making decisions about how and when to purchase a home.  Rather than thinking they should buy a home as soon as they get married or qualify for a mortgage, seventy percent of BHGRE’s respondents said the time to buy a house is when a person can “afford it and maintain their lifestyle.”

Millennials are careful consumers, as befits a group shaped by the most lengthy economic downturn in decades. Sixty-one percent suggested they would want to have a secure job before buying a house and more than half said people should wait until they had saved enough for the down payment before making such a purchase.  When asked to indicate the factors they would research in determining whether to buy a home, financial considerations were cited by a majority of the respondents.

They understand the power of money. Interest rates, home prices and how those two factors impacted their ability to secure a mortgage, all ranked much higher in importance than the type of neighborhood a house was in, school district ratings or foreclosure rates.  With the median sales price of both new and existing homes up almost five percent this year, Millennials are likely to jump into the market soon before it becomes too expensive for them to do so.

These findings suggest the current policies of the Federal Reserve and its Chairman, Ben Bernanke to keep interest rates low in order to stimulate this key part of the U.S. economy are right on target. If home builders and sellers can tailor their offerings to these technologically sophisticated, family-oriented potential buyers, Millennials could well play an important role in reinvigorating the nation’s housing market, further spurring the nation’s recovery from the Great Recession.