Millennials Are the Silver Lining in Baseball's Steroid Cloud 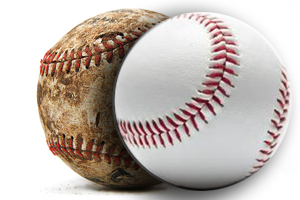 Slugging Milwaukee Brewer outfielder Ryan Braun’s accomplishments earned him the National League’s Most Valuable Player award in 2011. But his suspension for using performance-enhancing drugs — one that will force him to sit out the rest of the 2013 season — forever called into question all of his achievements. Of course, Braun wasn’t the first player to be caught using steroids, and he won’t be the last. Their number includes Barry Bonds, baseball’s all-time home run leader, and Roger Clemens, a pitcher with 354 wins in his career. Within the next couple of weeks more players, most notably Alex Rodriguez, are likely to be punished for the same offense, some probably more severely than Braun.

One thing is different this time, however. Unlike previous attempts by players' union representatives to create a civil-rights issue over steroid testing, most present-day players have vigorously condemned Braun’s PED usage. The adverse reaction to Braun by other players was noticed and applauded by Travis Tygart, CEO of the U.S. Anti-Doping Agency, the organization that banned Lance Armstrong for life from competitive cycling for his use of steroids. According to Tygart, “It’s a new generation of athletes that are standing up. The culture’s been flipped on its head.”

That new generation is the Millennial generation. Millennials are a type of cohort that generational analysts call “civic.” Although some erroneously label Millennials as narcissistic and selfish, their record-breaking participation in community service efforts and the current deep decline in youth crime are just two of many behavioral facts that demonstrate that they are a well-behaved and team-oriented generation. Like other civic generations before them, Millennials are already bringing those positive traits to a Major League Baseball stadium near you. Before they are through flipping baseball’s culture, the national pastime is likely to experience its second golden age, similar to the one the previous civic generation, the GI Generation, brought to the game 80 years ago.

Most of baseball’s PED users have been members of the individualistic, iconoclastic Generation X. Even those X’ers who did not use steroids, rarely criticized those players who did. Compare that generational reaction to that of Millennial Max Scherzer, the Detroit Tigers' players' union representative.

“The whole thing has been despicable on his part. For me, as a player, you want to believe that the system works, but obviously he found a way around it. And when he did get caught, he never came clean … That’s why there’s so much player outrage toward him.” In fact, Scherzer doesn’t think Braun’s punishment was tough enough — he wants even more severe penalties for PED usage. He said, "We want to see either longer suspensions or whatever it takes to take away the incentive — the financial gain — taken away from players. Whether that’s voiding contracts, longer suspensions, you’re seeing every player jump on board that the penalty doesn’t fit the crime yet.”

But the Millennial generation’s contribution to baseball in the years ahead is going to be more positive than just condemning those who don’t compete fairly. Unlike most of the Gen X’ers before them, who focused on their individual achievements and large paychecks from whatever team was willing to pay them the most money, many Millennial players seem committed to the team that that originally signed them, trained them in the minors, and brought them to the big leagues.

In the same week that Ryan Braun was suspended, Red Sox second baseman and Millennial Dustin Pedroia signed an eight-year, $110 million contract two seasons before he would have become a free agent. Pedroia will clearly not suffer financially, but he likely could have received more money had he elected to go on the open market. However, there was more to his decision than the size of his paycheck. “This [Boston] is my home. I love being here. I love my teammates, love this city … A lot of teams passed on me because of my size [he’s 5’9” and weighs about 160 pounds] … That’s why I want to make sure I work as hard as I can to make sure they made the right choice in drafting me … I just want to make sure I’m playing my last game here.”

Pedroia is not the only Millennial generation ballplayer to make every effort to remain with his original team for the duration of his career. Dodgers pitching ace Clayton Kershaw has made plain his desire to remain in Los Angeles, and the Dodgers have reciprocated that interest. However, perhaps the most surprising case of a Millennial sticking with his first team is Cy Young award winner Felix Hernandez, who signed a seven-year contract extension with the small-market Seattle Mariners, a perennially non-contending team, last February. Most baseball observers believe that Hernandez could have made far more money and fame elsewhere.

In the first two decades of the 20th century baseball faced a crisis every bit as damaging to the game as steroid usage is now. That threat culminated when eight members of a generation of ballplayers described by baseball historian Bill James as “shysters, con men, drunks, and outright thieves” conspired with gamblers to throw the World Series. Like today, it took a new generation of players to rescue the game. Those GI generation players not only saved baseball, but also produced a golden era of high achievement on the field and record attendance in the stands. Baseball history is about to repeat itself in the Millennial era.