Millennials Are a "We" Not "Me" Generation 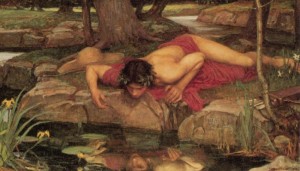 Professor Jean Twenge is continuing her long war against America’s young people. Now it’s with an article in the Journal of Personality and Social Psychology with the imposing title, “Generational Differences in Young Adults’ Life Goals, Concern for Others, and Civic Orientation.”  The article uses data from a number of surveys (some meaningful and others not) to once again claim that the Millennial Generation (born 1982-2003) is a “me” generation largely comprised of self-centered, narcissistic people, focused largely on their own concerns rather than the “we” or societally-focused, problem solving generation that we and well-respected analysts such as Neil Howe, one of the originators of generational studies, believe it to be.  The problem with Twenge’s current writing, as with much of her other work, is that it is faulty both in method and interpretation making it almost impossible to trust or believe. There are three major flaws in the article.

Survey Methodology. In an important section of the report, labeled Study 1B, Professor Twenge and her colleagues take what they regard as the “novel” approach of using data collected using a non-qualitative or non-random sample, a “purposive” sample, to “validate” the “life goal” items in the longitudinal Monitoring the Future (MTF) and American Freshman (AF) surveys that are key to their analysis. Leaving aside the question of why the AF study, that has surveyed a nationally representative sample of college freshman since 1966, and the MTF study, that has conducted a similar survey of high school seniors since 1976, require “validation” by Professor Twenge and her co-authors, their drawing of important conclusions about Millennial attitudes and generational differences using data drawn in a purposive sample is a major methodological concern.

Purposive samples are non-quantitative samples, meaning that their results cannot be generalized to a larger population, but that is precisely what Twenge and her colleagues did. They questioned 182 San Diego State University introductory psychology students who participated in the survey for class credit. In addition to responding to the questions used in the MTF and AF surveyed, the students replied to other series of questions designed to measure the things in which Twenge is most interested: the “aspirations,” “self-esteem,” and “narcissism” of young people. According to Twenge this method allowed her to demonstrate a link between the “aspirations,” “self-esteem,” and “narcissism” measures and those asked in the MTF and AF surveys. And not surprisingly, as always, Twenge found Millennials to be self-centered narcissists who were far more interested in themselves than in any others or society over all.

The problem is that, at most, this data applies only to those 182 San Diego college students. It cannot be generalized to Millennials across America and it cannot be used to distinguish Millennials from other generations who were never asked the questions measuring “self-esteem” or “narcissism” in any of the longitudinal MTF and AF surveys. To continue the San Diego reference, it is as if interviewers went to Petco Park in San Diego and asked fans if Tony Gwynn, arguably the best player in Padres history, was a better player than Willie Mays and, upon hearing that he was then generalized the results to baseball fans across the country. A sample of Giants fans in Pac Bell Park would, however, almost certainly disagree.

Data interpretation: Minimizing the importance of behavioral in contrast to attitudinal measures in reflecting core values. One of us (Hais) had a four-decade long career in survey research, including more than 20 years with Frank N. Magid Associates, the world’s premier broadcast research and consulting firm. We fully recognize that, far more often than not, that stated attitudes reflect and perhaps guide behavior. But, occasionally they do not and, in those circumstances, the behavior of people is almost always a better indicator of their core beliefs than how they answer survey questions. One such instance involved Howard Cosell, the late color commentator on ABC Monday Night Football. Surveys repeatedly indicated that viewers perceived Cosell as a poor performer who was opinionated and obnoxious. Based on this it may have looked as if Cosell was a liability who should have been replaced. Instead, fans flocked to Monday Night Football. Perhaps fans liked the game more than they disliked Cosell or perhaps, in the language of the time, people tuned in to see a man “they loved to hate.” Whatever the reason, it was the behavior of football fans rather than their stated attitudes that better reflected their core feelings.

What was true of football fans in the 1970s and 1980s is true of Millennials now: their behavior is a better indicator of their core values than their attitudes as indicated by a survey questionnaire. Nowhere is this more clear than in dealing with one of Professor Twenge’s major charges against Millennials—that they are not as concerned with helping their communities as is often claimed and, more important, as were the members of older generations when they were the age of Millennials today.

For example, in the AF survey the average percentage of first year college students said it was important to “participate in a community action program” declined from 31% among young Boomers to 26% among Gen-X’ers and to 25% among Millennials. The average percentage who claimed it was important to “participate in an organization like the Peace Corps or AmeriCorps VISTA” dropped from 19% among Boomers to 11% among Millennials. (The question was not asked to Gen-X’ers). Similarly, the average percentage who said it was important to “participate in programs to clean up the environment” fell from 33% among Boomers to 24% among X’ers and to 21% among Millennials. However, when the question was re-worded in 2011 to a more action-oriented approach to the environment that would be more appealing to Millennials, 40.8% felt it was an “essential or very important” behavior.

Putting aside for the moment the fact that there were other attitudinal measures that would lead to different conclusions than those drawn by Twenge, there are additional behavioral indicators that point to greater community involvement by Millennials than other generations. The AF survey data, for example, shows a clear increase in the percentage of college freshmen who “did volunteer work in high school” from 74% among X’ers to 83% among Millennials. When confronted with this evidence that contradicts her preconceptions, Twenge attempts to explain it away by suggesting that the primary reason for this increase is that community service participation is a high school requirement and useful on college applications.

And, yet, in larger number than older generations, Millennial community service continues even after the “coercion” high school has disappeared. In the AF study, the percentage who “expected to volunteer in college” rose from 22% for X’ers to 26% for Millennials, an attitude reflected in actual behavior by the Corporation for National and Community Service, which reported a 20% increase in college student volunteering between 2002 and 2005 as ever greater numbers of Millennials arrived on campuses.

Millennial participation in that most basic of American rights and civic actions—voting—is also greater than for previous generations of young people. According to census data reported by CIRCLE, an organization that researches and influences youthful political participation, 49% of those 18-24 and 51% of those 18-29 voted in the 2008 presidential election. With one exception, this was the highest youth participation in any presidential election since 1972, when Democratic candidate, George McGovern targeted and won young people (if little else). It was well above the numbers in 1996 (36% for 18-24 year olds and 40% for 18-29 year olds) when the “youth vote” was entirely Gen-X.

Twenge does acknowledge the high Millennial turnout in 2008, but the tries to explain it away by making an analytical mistake that few freshman political science students would. She points to a decline in youth voting in the 2010 midterm elections, suggesting that may be Millennials really aren’t that into voting after all. But, turnout falls sharply in midterm elections across all generations. Making an apples to apples comparison, CIRCLE data indicates that, down as it was, even in 2010 youthful voting participation was higher than it was higher than in other 21st century midterms and that the youth share of the electorate was greater than in any year since 1994. In voting behavior as in community service, actual behavior trumps attitudes every time.

Data Interpretation: Extrinsic Values are no less valid, meaningful, or morally correct than Intrinsic Values. For quite some time Professor Twenge has posited that Millennials are more driven by extrinsic or external values and other generations to a greater extent by intrinsic or internal values. We and generational theory actually agree with her in this regard. Some generational archetypes including civic generations such as Millennials and the GI or Greatest Generation are shaped to a greater extent by their group affiliations and their positions in the larger society. Others, like the idealist Boomers, are driven primarily by their internal beliefs. This difference is clearly reflected in Figure 1 of Professor Twenge’s article which shows that since the first AF survey of Boomers in 1966 there has been a steady decline in the number placing importance on a clearly intrinsic value—“developing a meaningful philosophy of life.”

By contrast, over the same period there has been an equally steady increase in the professed importance of several more clearly extrinsic values—the importance of money/being well-off financially and of being a leader. Over the past three or four decades there have been similar, if sometimes less stark changes, in most of the intrinsic and extrinsic values probed in the AF and MTF surveys. Where we differ from Twenge is in placing moral value on these values or goals. None are, in and of themselves, good or bad, right or wrong. The implication that the core values of one generation are “better” than those of another may, in the end, be the greatest flaw in Professor Twenge’s writing.

In coming decades, the nation will need the cooperation of all of its generations to deal with and emerge from what we have labeled a deep and sustained period of Fear, Uncertainty, and Doubt. Attempting to sympathize with and bridge rather than exacerbate generational differences is in the best interests of all of us as individuals and members of the American community.