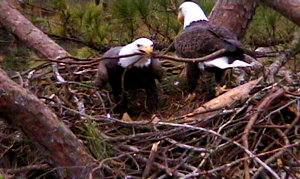 As Millennials, America’s largest generation, enter their thirties in ever greater numbers, their beliefs about how and where to raise a family will have a major impact on the nation’s housing market. This follows as their media and political preferences have helped shape how we entertain ourselves and who is the president of the United States.   A 2012 survey indicated that seventy percent of Millennials would prefer to own a home in the suburbs if they can “afford it and maintain their lifestyle.” Now a new survey of 1000 18-35 year olds conducted for Better Homes and Garden Real Estate(BHGRE) by Wakefield Research provides a much more detailed picture of the type of home Millennials believe best fits their needs and desires.

Reflecting their overall attitudes about spending their hard-to-come-by money, Millennials look more for value than “pizzazz” in a new home. Seventy-seven percent told BHGRE they preferred an “essential” home over a “luxury” model. And more than half (56%) believe the technological capabilities of a house are more important than its “curb appeal.”

Millennials are known for their fascination with technology.  The BHGRE survey demonstrates that tendency in reference to their home buying decisions. Almost two-thirds (64%) would not want to live in a home that wasn’t “tech-friendly.” Not surprisingly, almost half (44%) focus on the technological sophistication of the family room rather than other rooms in the house in making that determination. In fact, almost as many (43%) would rather turn their living room into a home theater with a big screen TV than use it in more traditional ways. Even in the kitchen, a solid majority (59%) would rather have a television screen than a second oven (41%).

Another constant concern of Millennials, security, is also reflected in their technology preferences. Almost half (48%) named a security system as one of the technological essentials in a home and about a quarter (28%) would like to be able to control such a system from their smart phone.
In addition, befitting the generation that first popularized social media sites such as MySpace and Facebook, most Millennials want a house that can be customized to their individual preferences. Forty-three percent want their home to be less a “cookie cutter” offering and more capable of allowing them to put their own finishing touches on it. Almost one-third (30%) would prefer a “fixer upper” to a “move-in-ready” home, and seventy-two percent of those surveyed thought they were at least as capable of making those repairs as their parents. Almost all (82%) of this supposedly “entitled” generation say they would find a way to handle the cost of these repairs themselves rather than borrowing the money from Mom or Dad.

Millennials also take their concern for the environment into account when choosing a home. Almost half (45%) don’t want a home that wastes energy. Reflecting this, an energy efficient washer and dryer topped their essential technology wish list (57%). A smart thermostat was important to 44% of those surveyed, placing it third on the list of Millennial housing essentials.

These preferences aren’t the only reason that Millennial homes will reduce the nation’s carbon footprint in coming years. Millennials see their home as a place to “do work,” not just a place to return to “after work.” Already one in five Millennials say that “home office” is the best way to describe how they use their dining room. The generation’s blurring of gender roles as well as its facility in using digital technologies means that Millennials will likely work as much from home as “at work,” as they share child rearing responsibilities based upon whose work responsibilities require which partner to be away from the house during the day.

The cumulative impact on America’s energy consumption from this shift could be dramatic. A study by Global Workplace Analytics suggested that, if half of American worked from home, it would reduce carbon emissions by over 51 million metric tons a year—the equivalent of taking all of greater New York’s commuters off the road. Eliminating traffic jams would save almost 3 billion gallons of gas a year and cut greenhouse gas emissions by another 26 million tons. Additional carbon footprint savings would come from reduced office energy consumption, roadway repairs, urban heating, office construction, and business travel.

By the end of this decade the Millennial generation will comprise more than one out of every three adult Americans (36%). Just as the Baby Boomers influenced the housing market when they started buying homes and raising families, the Millennial generation’s overwhelming size will place an indelible stamp on the nation’s housing market. Its numbers will produce a boom in demand for housing that will help heal this critical sector of the nation’s economy.

This may affect boomers and other old generations. Every seller of houses will have to adjust their offerings to accommodate Millennial preferences for the type of home in which they want to raise a family. The end result will be more family friendly neighborhoods where homes serve as the hub for their owner’s economic activity, simultaneously lowering the nation’s  carbon footprint and improving  the civic health of its communities.