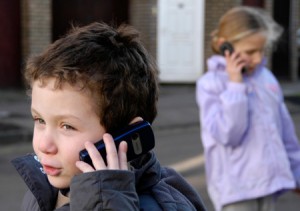 GENERATIONS
The latest from the men who wrote the book (literally!) on the developing impact of the next generation and the ones to come …

Even though both Generation Xers and Millennials are often portrayed as “digital natives” because of their access to the earliest versions of digital technology when they were growing up, the real digital natives are actually members of America’s youngest generation: PLURALS.

So named by the communications research and consulting firm, Frank N. Magid Associates, because of the great diversity of its racial and ethnic profile, the members of this generation have been immersed in digital technology since they were born. Members of this generation, who today are middle schoolers or younger, are demonstrating a comfort level with conducting their lives online that puts their older siblings (Millennials) and parents (Generation X) to shame.

Their commitment to social media is evident in their use of check-in sites or location-based apps, such as Foursquare, which are used by 16% of the generation. About a quarter of all Plurals report shopping in a brick-and-mortar store using their cell phone to check product information or compare prices, mostly through the use of QR codes. And about a third of plurals send pictures to their friends from their cell phone of what they are doing while they are shopping.

In comparison to teenage and twenty-something Millennials, Plurals are also much more likely to live all of their virtual lives on mobile devices, with 69 percent of America’s youngest generation reporting that they use a cell phone regularly. Even more (79%) own a personal digital media player, and 60 percent now own or regularly use an mp3 player, higher percentages of usage than are found among Millennials. Forty-one percent of Plurals play games on their mobile phones at least weekly, compared to 39% of adult Millennials. Meanwhile, the percentage of Plurals using a tablet has risen to 43% from 13% in just one year.

Plurals are also likely to accelerate the trend of video content moving to mobile and online platforms. Forty-two percent of them report watching a full length TV show online, and about half that number use their cell phone to watch live TV during a typical week. The percentage of Plurals who watched full-length movies using that device almost doubled in the last year to 40 percent, while about a third of them use their phone to watch other forms of video at least weekly.

Generation X rightfully prides itself on its technological savvy and celebrates its ability to use personal computers and the Net. Millennials are the most facile users of social media. But both of these older generations will have to make way for Plurals and their desire to absorb the most sophisticated forms of content in a mobile environment whenever and wherever they want to.

Entertainment and media firms will have to alter their time-honored business models to accommodate the needs and wants of America’s true digital natives, the Pluralist Generation, when it takes its place in the prime, young adult, target demographic in the next few years.