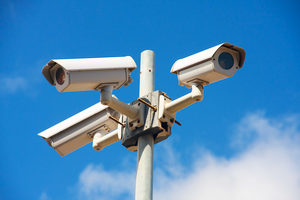 In an age of terrorism, the Millennial generation may well find that elusive balance between security and privacy. They reflect the safety concerns of their GI grandparents, the respect for civil liberties of their baby boomer parents, and mix in their own ethic of fairness and tolerance.

The first four amendments to America’s Constitution were the nation’s initial attempt to find a consensus on where to draw the line between personal freedom and privacy on the one hand and societal safety and security on the other. This debate has been with us ever since and now events, such as the Boston Marathon bombings, or new technologies, such as drones and ever present surveillance cameras, create new concerns over how to find the right balance between these two competing values.

Over the centuries, differences in generational attitudes have caused the nation’s consensus on how to balance this tension to shift. Group and civic-oriented generations, such as the GI generation or "greatest generation," emphasized safety and security. Individualistic generations, such as today’s baby boomers and Generation X, tilted the balance back toward protecting privacy.

Today another civic generation, Millennials, born between 1982 and 2003, is emerging into young adulthood and, like other cohorts of their type, are likely to once again push America toward a greater focus on security. What may be different this time is that Millennials’ beliefs and behaviors are also likely to create a search for safety as their GI grandparents did, but this push will be accompanied by a strong boomer-esque respect for civil liberties with a unique Millennial ethic of fairness and tolerance.

Millennials have been reared in a highly sheltered and protected manner, earning the sobriquet “Generation Lock Down” from one such parent, writer Howard Blum. In a poignant piece expressing his sadness after the most recent terrorist attack, Mr. Blum wrote that Millennials “are living in the land where Wild Things truly roam.” (He was referring to children’s author Maurice Sendak’s iconic characters.)

The GI generation learned from the Japanese attack on Pearl Harbor that the United States could no longer remain isolated in a dangerous world. In the same vein, shootings at Columbine High School, Virginia Tech University, and Sandy Hook Elementary School and terrorist attacks in New York, Washington, and Boston have taught Millennials that they might not be safe doing even routine things in everyday places.

But notably, none of those events seems to have shaken Millennials’ optimism or resiliency. In a November 2011 Pew survey, a clear plurality of Millennials believed that life in America was better rather than worse compared with the 1960s. By contrast, the greatest numbers of boomers and seniors felt that things have declined in America over the past four decades.

Millennials are also more likely to believe than boomers and seniors that America’s best days are still ahead. Since generational attitudes are most impacted by events that occur when each cohort is young and do not often change as people mature, this optimism is likely to persist among Millennials throughout their lifetime, just as it did for the GI Generation.

This Millennial optimism extends to an unwillingness to be cowed by terrorism. A CBS News-New York Times survey conducted in the aftermath of the Boston Marathon bombing indicated that only 1 in 5 Millennials, compared with 1 in 4 among older generations, would be less likely to attend large public events to avoid being injured in a terrorist attack.

In an era of ubiquitous smart phones, soon to be available as hands-free wearable glasses from Google, most Millennials accept the inevitable loss of privacy that comes with the increasing presence of social media. Instead, their concern is how best to manage this curtailment for the sake of increased safety.

History provides a cautionary note on how difficult it can be to find the right answer to this dilemma. The need to protect the country in wartime has been used as an excuse to deprive citizens of their civil liberties more than once. During the Civil War, Abraham Lincoln suspended the right to a writ of habeas corpus – the guarantee that an arrested person will be brought before a court or judge.

In World War II, people of Japanese heritage were interned regardless of whether or not they had personally demonstrated a threat to the United States. During the cold war, thousands of Americans had their lives and careers disrupted with unsubstantiated accusations of disloyalty. More recently, despite his expressed personal misgivings, President Obama has ordered the killing of American terrorist by a drone strike without due process, let alone a trial.

Has America learned the lessons of these past infringements on rights in dealing with today’s challenges? The “warrantless wiretaps” during the Bush administration and the Obama Justice Department’s recent close scrutiny of reporters’ phone calls to uncover those who may have leaked national security information make it easy to question if it has.

However, the beliefs and behaviors of the Millennial generation provide some hope that America will do a better job in the near future than in the past of adhering to its principles as it searches for a greater sense of security.

According to Pew, only 25 percent of the Millennial generation (as compared with nearly half of older generations) believe that it will be necessary for Americans to give up civil liberties to curb terrorism. This does not mean that Millennials are naïve or soft on terror. They are quite willing to utilize the full force of government and to take complete advantage of current technology to deal with the threat, but they want it to be done fairly and in a non-discriminatory manner.

Like other generations, a solid majority of Millennials (58 percent) support national ID cards for all Americans. Two-thirds of them believe that surveillance cameras to combat terrorism are a good idea. And, half of Millennials, compared with 40 percent from other generations, favor government monitoring of credit card sales to help combat terrorists.

As Millennial Tara Marie Rose Hayman commented on Facebook, “at the airport, I would rather have my stuff looked through and everyone else go through that rather than protect privacy and have someone bomb you. It is good to know the intentions of others.”

At the same time, however, less than half of the Millennial generation favor extra airport screening of people of Middle Eastern descent, in contrast to nearly 60 percent of older Americans.
Technologist Pete Markiewicz points out that tracking an individual’s physical and virtual movements can now be accomplished with sufficient mining of cell phone and web data to produce a “lifelog” that Google might use to provide Millennials with a measure of their “personal connectedness” – or police might use to find a terrorist in our midst.

Fifteen years ago, in his book, “The Transparent Society,” futurist David Brin predicted this type of constant surveillance would become part of daily life. His solution to preserving civil liberties in such a world – increasing transparency at the same rate as the growth of personal data – offers a solution that Millennials, with their strong desire to share everything, would embrace.
As Mr. Brin wrote, the central question that must be answered to resolve the privacy/security paradox is “who controls the cameras or the networks and who can access the data.”

In the coming years, to enhance public safety, most Americans will almost certainly accept increased limitations on their privacy. The bigger challenge will be whether the nation can remain true to its democratic values of fairness, openness, and equality as it seeks greater security.

Millennials, America’s largest and most tolerant generation, will be the leading force in determining how well the nation addresses that challenge. Based on their sense of fairness and willingness to work with one another to achieve goals that meet the needs of the entire group, the prospects are good that Millennials will succeed in striking a balance that both provides enhanced security and protects our rights in the future.