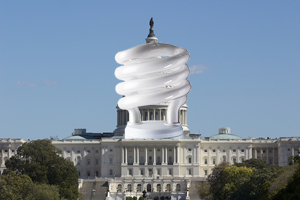 Millennials (born 1982-2003) are America's most civic-oriented generation, since their GI Generation great grandparents. They believe in collective, local, direct action to solve their community's and the nation's problems. However, a recent report on the state of Millennials' civic participation indicates that the generation's interest in taking part in political activities is constrained by the underlying skepticism of many Millennials about the transparency and fairness of the country's current political system. To address this problem, the Roosevelt Institute's Campus Network (RICN) has just issued a set of recommendations on how to create "Government By and For Millennial America," that should serve as a roadmap for anyone interested in increasing the civic health of America's largest and most diverse generation.

In its most recent report on the civic health of adult Millennials, the National Conference on Citizenship (NCoC), in partnership with CIRCLE, Mobilize.org and Harvard's Institute of Politics(IOP), pointed out that Millennials' volunteering and community service rates are much higher than that of their parents when they were in their twenties. Not surprisingly, they also lead the country in using social media to advance their participation in civic life. But when it came to voting, only half of Millennials eligible to vote did so in 2012 -- a rate not much different than for 18-29 year olds in the '70s and '80s. Even though Millennials slightly increased their share of the overall electorate last year as compared with 2008 and provided President Obama with the margin he needed to win re-election, many members of the generation remain unconvinced that government understands and cares about them.

In an IOP survey of 18-29 year olds taken before the 2012 election, 43 percent of those whose responses suggested they were unlikely to vote said it didn't matter who was elected because "Washington was broken." Of those IOP considered unlikely to vote, 31 percent thought none of the candidates represented their views and a quarter of them said both major parties were pretty much the same. While Millennials strongly believe in an activist government, less than a third believe their voice is represented in today's democratic processes.

The RICN's report advocates a series of policy initiatives designed to change those impressions.

To make voting easier and hassle free, the report advocates online registration be adopted in all the states, not just the fourteen using such a system today. California, which adopted this approach in time for the 2012 election, registered over a million voters, 61 percent of who were under 35, online in about two months. In order to accommodate this potentially large increase in the electorate, the report also advocates increasing the time and hours of early voting, making Election Day a federal holiday, and ultimately allowing people to vote online. The report also suggests an independent commission create a "Democracy Index" to measure the efficiency and openness of each state's election mechanisms, using objective measurements of participation rates and process efficiencies.

But the report's recommendations are not limited to just the process of voting. It contains a wealth of ideas on how government could be a better "steward of the common good," lawmaker and innovator.

Some of its most innovative ideas deal with expanding the space in which democracy operates in order to create more places for "collective self-determination and political education." This could be done at the neighborhood level as is currently taking place in Seattle and Los Angeles, at more open local school board meetings, or through participatory budgeting processes at the city and county level of government. The report also advocates that states should establish and routinely use online town halls to increase the opportunity of citizens to participate in policy deliberations. The Congressional Management Foundation found that such opportunities increase public approval of the elected officials who sponsor them specifically and participants' civic engagement generally.

The RICN's report clearly reflects the values and beliefs of the Millennials who drafted it. Their recommendations also provide a glimpse into the future of American democracy, since more than one out of three adult Americans will be members of this generation by the end of this decade. Rather than waiting for Millennials to stage a hostile takeover of our democratic processes, those in power today should proactively seek to accelerate the transition from a governmental and political process that is at historical low levels of public trust to a democracy that is in line with the vision and ideas of America's next great generation.