How Green are Millennials? 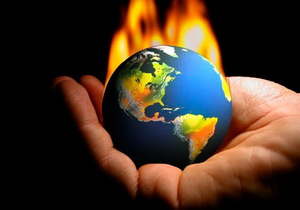 Besides his history-making embrace of full equality for gays and lesbians, the most surprising part of President Barack Obama’s Second Inaugural Address may have been the emphasis placed on dealing with the challenge of climate change. The president devoted almost three whole paragraphs, more than for any other single issue, to the topic. His remarks suggested that America’s economic future depended on the country leading the transition to sustainable energy sources and that “the failure to do so would betray our children and future generations.”

Different generations reacted differently to the speech. The President’s rhetoric seemed like standard liberal fare to many Baby Boomers (born 1945-1965), who either vehemently agreed or disagreed with what Obama had to say depending on their political ideology. But members of the Millennial Generation (born 1982-2003) were in almost unanimous agreement with the way the President defined the context of this challenge. It was as if he was channeling the thinking of Millennials such as David Weinberger at the Roosevelt Institute’s Campus Network (RICN) who wrote, almost a year ago, “Millennials view environmental protection more as a value to be incorporated into all policymaking than as its own, isolated discipline. We are concerned with economic growth, job creation, enhancing public health, bolstering educational achievement, and national security and diplomacy. Young people recognize that each of these concerns is inextricably tied to the environment.”

President Obama was also right, from a Millennials’ perspective, to emphasize the need for America to become a leader in sustainable energy technologies. Seventy-one percent of Millennials believe America’s energy policy should focus on developing “alternative sources of energy such as wind, solar and hydrogen technology; only a quarter believes that it should focus on “expanding exploration and production of oil, coal and natural gas.” Similarly, the RICN’s “Blueprint for a Millennial America,” a report prepared by thousands of Millennials who participated in their “Think 2040” project, placed the development and usage of renewable sources of energy at the top of all other environmental initiatives.

The participants’ proposed solutions to the challenge, however, were not focused on the kind of top-down change so common to Boomers. .Instead the proposals  emphasized taking action at the community level. No one, the RICN blueprint said , should be asked to “make sacrifices without fully considering the cost to communities” whose “texture” is most likely to be impacted dealing with the challenge.

Many politicians fail to notice this unique Millennial perspective. Members of the generation disagree sharply with their elders on the best way to address environmental challenges, preferring to tackle them through individual initiative and grassroots action rather than a heavy-handed top down bureaucratic approach.

Of course,  Millennials are the most environmentally conscious generation in the nation’s history. Almost two-thirds of Millennials believe global warming is real and 43% of them think that it is caused by human activity, levels much higher than among all other generations. But, as Weinberger also wrote, “While environmentalists of years past were primarily aiming to bring clean air and clean water concerns into the national policymaking calculus, environmentalists today are far more worried about solving global problems like climate change by using local environmental solutions.”

Adapting a Millennial approach to dealing with global warming would mark a major change for the Administration. All four of Obama’s first term environmental policy heavyweights were Boomers, whose preference for top down dictates was evident in almost every decision they made. Secretary of the Interior Ken Salazar established new controls on off shore oil drilling that satisfied neither side. Secretary of Energy Stephen Chu tried to jump start the development of renewable energy technologies in the United States by funding startups with dubious chances of marketplace success. And most conspicuously   EPA Administrator Lisa Jackson’s plans for regulating smog were rejected by the President. Fortunately ,  all of them have  announced plans to leave their posts. They will follow in the footsteps of environmental czar, Carol Browner, who left two years ago after a less than stellar performance during the Horizon Deepwater drilling disaster.

There is talk within the administration of subtle changes in policy.  The departure of this quartet of ideologically-driven Boomers gives the President an excellent opportunity to appoint a new team to execute his vision for meeting the environmental challenges of our time.

President Obama’s  new team will have to continue to link the need to develop U.S. energy production to both environmental concerns and economic development. It will need to couch the call for progress on reducing carbon dioxide emissions in the context of strengthening, not weakening, local communities and preserving the nation’s natural resources. Just who the president  finds to take on this politically nuanced task will say a great deal about his sensitivity to his Millennial Generation supporters’ attitudes and beliefs. It will also foretell a great deal about how successful he will be in matching the lofty rhetoric of his Second Inaugural Address with today’s political realities during his final term in office.