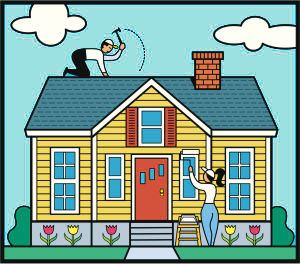 Members of the millennial generation – born between 1982 and 2003 – carry a student debt burden of close to one trillion dollars. This is the group that includes many just entering the stage in life when people tend to settle down and start families. Even though Millennials are marrying later than previous generations, they would still be the prime market for sales of single family starter homes, if only they could afford them. As interest rates rise along with home  prices, the only way this key consumer segment will be able to afford to buy a house is if the nation, out of its own self-interest, finds a way to relieve Millennials of their crushing student loan obligations.

Millennials are the first generation in American history that has been asked to self-finance the cost of the education needed for America to be economically successful. Shortly after the ratification of the Constitution, Congress passed legislation setting aside land in the new territories for the establishment of the iconic one room school houses to assure its newest citizens had the skills required to be good farmers and domestic servants. Even as the country was engaged in a devastating Civil War, a state-by-state movement to mandate universal and free primary education for every child swept the nation and became a permanent part of American society. Then, when the Industrial Revolution generated a demand for factory and office workers with a high school education, the nation expanded the concept to make such an education available equally to young men and women without any requirement to pay tuition.

The situation has changed, but the need for an educated young generation has not. The difference is that at least two years of post-secondary education has become a must-have ticket for a young generation seeking to make its way in the world. Yet we have suddenly yanked the universal, free education rug out from under them and asked them to pay for it by not only going into debt, but assuming a debt that is not even dischargeable in bankruptcy court.

The result is a rising tide of student debt that threatens to undermine the economic vitality of the nation. According to the Federal Reserve, student debt rose by a factor of more than eight between 2001 and 2012, twice as fast as home loans and far in excess of the modest increases in other forms of indebtedness during the same time period. A recently released report by the Consumer Financial Protection Bureau indicates that about one in four student loans is now either in default or in programs designed to help borrowers in distress. This analysis looked only at loans made through the direct student loan program totaling about $570 million, not older ones that may have been offered by banks and other private sector lenders. If borrowers are unable to repay their loans in the long run, the federal government and taxpayers will have to absorb the losses. Why, then, not recognize the problem now and bail out the borrowers so that they can put the windfall to good use in an economy desperately needing a new boost in consumer spending?

The Great Recession seriously disrupted household formation and consumer spending.  According to an analysis by Merrill Lynch, in the decade before the financial markets’ collapse in 2008, one-third of all housing turnovers came from homeowners older than  55, and about one-third of those sales were to buyers under 34. Since then sales of homes have fallen by about two million units, leaving the economy 2.5 million households below normal levels. Millennials represent about 22% of the US population and control $200 billion of direct purchasing power, not counting their influence on their parent’s spending decisions. Over the next five years, a quarter of Millennials will enter their peak spending years, making them the best hope for reviving the housing market.

Millennials have expressed a strong preference for living in the type of suburban communities in which they grew up, especially when it’s time, as it is for many of them now, to raise a family. Their first home needn’t be “move in ready;” about a third of them say they would prefer a “fixer upper.” And more than 80% of the generation believe they would find a way to pay for the cost of any repairs themselves rather than borrow the money from their parents. A wave of new home buying would not only give a sharp boost to the durable goods industry that depends on new household formation for its growth, but would also provide a ready-made army to fix up some of the country’s declining, inner ring suburban housing stock.

There are legitimate public policy issues about how to fix the problem of financing American higher education. Some might argue that we should tackle that problem before dealing with student loan debtors. But with the economic recovery still proceeding at too slow a pace for most middle class Americans, an equally good case can be made that the country should deal with student loan debt either first or as part of a comprehensive reform of  financing higher education. The economy could use the boost, as could the morale of America’s largest and most diverse generation.