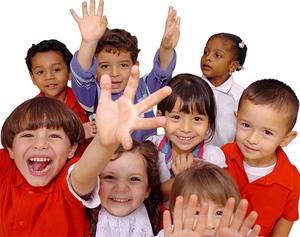 This month America’s destiny as a pluralistic democracy took a new and unprecedented turn. First, early in May, USA Today asked Americans what name they thought would be appropriate for the country’s newest generation now moving into grade school classrooms with its unique behavior and perspectives. Plurals is the name suggested by communications research and consulting firm, Frank N. Magid Associates, with only the Apple product related notion of an iGeneration getting more votes.

Plurals will be different from Millennials. For one thing they will be the first generation in America that will be majority “minority”, as evidenced by the recent U.S. Census Bureau announcement  that more babies born in America in the 12 months between July 2010 and July 2011, were non-white than white. The event occurred about eight years earlier than demographers had predicted it would just a few years ago. The 21st Century pluralistic American society that had often been talked about has arrived. But the question remains whether or not the country’s institutions, and its leadership, will be up to the challenge such a polyglot democracy presents.

The Census Bureau predicts that by 2042 the entire population will be less than 50% Caucasian and America will literally be a pluralistic society.

This prediction is based upon the current trends for births among different minority groups compared to whites. Racial and ethnic minorities accounted for 91.75% of the nation’s population growth in this century, with Hispanics comprising a majority of this increase. Rather than immigration flows, which are dropping, this growth will be driven largely by higher rates of fertility among non-whites. Based upon the American Community Survey results in 2010, Hispanics have a fertility rate of 2.4 live births per woman compared to only 1.8 among whites. The only other ethnic group to be having babies at a rate greater than what is needed to replace its current numbers is African-Americans with a 2.1 fertility rate.

Magid’s research indicated that a majority of Americans were “hopeful and proud” of the country’s increasing diversity, but it was the younger generations, most markedly Plurals, who were more likely to say they were “pleased and energized” by this development. Many older Americans, particularly Baby Boomers and senior citizens, are resisting the changes this dramatic shift is bringing to American society. Already states, such as Arizona, with populations that have the widest disparity between the racial and ethnic makeup of their oldest and youngest generations have experienced bitter political battles over issues such as immigration and education that reflect these divides. The good news is that both Plurals and members of the Millennial generation, born 1982-2003, are positive about this inevitable trend toward a pluralistic society, reflecting their comfort with the diversity in the social circles in which they have grown up.

But that doesn’t mean that Plurals look forward to the nation’s future with equanimity. Most Plurals have been raised by parents from the often cynical and consistently skeptical Generation X. This may explain why Magid found a much greater degree of pessimism about living out the American Dream among them than among their older Millennial Generation siblings, a generation that, despite their current challenges, was brought up in the prosperous Reagan-Clinton era and remains characteristically optimistic. The attitudes of Plurals may also reflect the polarized, bitter politics that have characterized the period of Fear, Uncertainty and Doubt (FUD) that has dominated the news during their young life.

Whatever the reason, the pessimism of the Plurals must be answered by the nation’s leaders in ways which improve prospects for the nation’s future. One way for this to happen quickly would be for those currently holding power to begin to turn the reins of leadership over to those generations more in tune with the nation’s demographic future. If Plurals’ Xer parents and their Millennial siblings are given the opportunity to shape America’s destiny sooner rather than later, the country just might deliver on the promise of the American Dream for its newest generation.