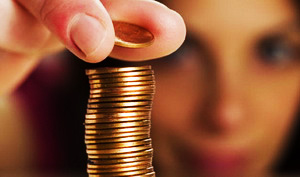 Baby boomers, growing up in what appeared to be the never-ending prosperity of the 1950s and '60s, were at various times amused, mystified, and infuriated by the economic caution of their GI or Greatest Generation mothers and fathers, often labeling the penny-pinching of their parents “Depression mentality.”

Now, a half-century later, many of those same boomers, perhaps with a greater degree of understanding this time, are watching their own "millennial-generation" offspring (born from 1982 to 2003) develop the same habits of frugality and restraint that the millennials’ great-grandparents did in the 1930s and '40s. This change in attitude and behavior will impact America’s consumer spending and the way businesses and advertisers will need to approach their customers for decades to come.

The notion that millennials are willing to curb their spending might surprise some who have said the generation is self-centered and entitled, but it shouldn’t. The reasons for millennials' financial prudence are clear: Like the GI generation, millennials grew up in a time of relative prosperity, only to face a major economic downturn just as they were emerging into adulthood and the workforce.

Throughout the Great Recession that began in 2008, youth unemployment was almost
always nearly double that for the entire adult population. In January, when the nation’s unemployment rate was 7.9 percent, it was above 13 percent for those 16 to 30 years old. 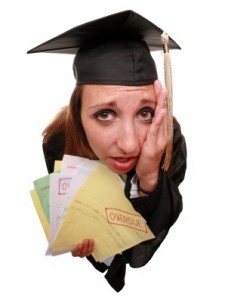 In addition, millennials are not only the most highly educated generation in U.S. history, but also the generation with the most-ever student debt. A 2010 Pew report on America’s generations indicates that a majority (54 percent) of millennials had attended college, the first generation to have done that. Unfortunately, college costs and the loans millennials have assumed to pay those costs have risen sharply as well. In 2011, college seniors graduated with an average loan debt of $26,600, up 5 percent from just a year earlier.
As a February Pew report indicates, factors like these have shaped the consumer and financial behavior of millennials across a range of areas, from where they live, to how they travel and how they spend:

More than a few observers have labeled millennials a generation exhibiting an extreme unwillingness to “launch” into full-fledged adulthood. One major reason for this is the economic pain visited upon the generation by the Great Recession. As many as three in 10 people ages 25-34 reported still living with their parents in 2011, something that might have benefitted both millennials and their parents from an economic and cultural perspective but still stigmatized many in this generation among older adults.

Even when millennials have been able and willing to strike out on their own, they have 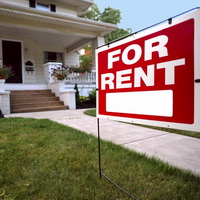 frequently rented rather than purchased their homes, causing some to label them “Generation Rent,” a designation first used in Great Britain, but one that seems to apply to many young Americans as well. As a result of remaining with their parents or renting, according to Pew, homeownership among 25- to 34-year-olds fell from 38 percent in 2001 and 40 percent in 2007 (years when virtually all in that age range were members of Generation X) to 34 percent in 2010.

This is not likely to be the final word on the subject; a 2010 Pew survey of millennials showed that they ranked homeownership behind only being a good parent and having a good marriage as an important value. But when millennials do move toward homeownership in overwhelming numbers, because of their “recession mentality” they are likely to be more cautious about the size and cost of their home and the type of mortgages to which they commit than previous generations have been.

How Millennials Get Around

As illustrated in the 1973 classic film, American Graffiti, at least since the time that today’s senior citizens were teenagers, obtaining a driver’s license and eventually a car and then

cruising the city or hitting the highway has been a romantic rite of passage for young Americans. Millennials have become the first generation since the GI Generation for which this is no longer clearly the case. Between 2001 and 2009, young people reduced their average driving per year from about 10,250 miles to around 7,900 miles, a decline of about 23 percent. Economics is certainly a part of it: According to Pew, 73 percent of households headed by an adult younger than 25 owned or leased a vehicle.

By 2011, that number had fallen to 66 percent. As a result, among the households of those under 35, the percentage with outstanding vehicle debt declined from 44 percent to 32 percent between 2007 and 2010. But financial reasons are not the only ones explaining the decline of the car culture among millennials. Car Connection, a publication focusing on automotive research, points to changes in communication technology (the millennials’ preference for social networking lessens the need for face-to-face contact), location (millennials increasingly living in urban and suburban areas where cars are not as necessary to get around) and “eco-friendliness” (millennials are the most environmentally conscious generation) as reasons why millennials drive less than older generations did when those cohorts were the age that millennials are now.

All of this suggests that in the years ahead auto manufacturers and advertisers will have to focus on the values that millennials will bring with them when they buy cars—a desire for high-tech, environmentally friendly, cost-efficient autos that can be customized to the individual preferences of the owner to the greatest extent possible.

loans that have been forced upon them just to go to college). Pew research shows that the number of young households carrying a credit-card balance has dropped from 50 percent in 2001 and 48 percent in 2007 to only 39 percent in 2010. During that same period, the average credit-card debt declined from $2,500 to $1,700 among those households. As a result, the debt-to-income ratio (outstanding debt compared to annual income) has fallen from 1.63 in 2007 to 1.46 in 2010 within the households of 25- to 34-year-olds. By contrast, among older households it continued to rise slightly during those years (from 1.08 to 1.22). This suggests that for many millennials conspicuous consumption may be a thing of the past. Members of the generation are likely to carefully plan their consumption, avoiding credit whenever possible, buying only those things they truly believe they need, and seeking the best possible value for the things they do purchase.

John Gerzema and Michael D’Antonio, in their 2010 book, Spend Shift, described how, in the “post crisis” world, consumers would seek products and services that provide both “value and values.”) The millennial generation is driving this change. Businesses and advertisers would be wise to follow where millennials are leading.