For The Sake Of Millennials, Build, Builders, Build 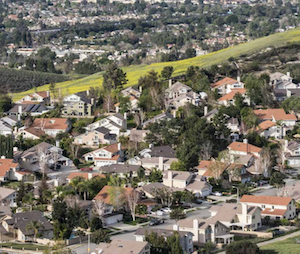 Removing current obstacles to Millennial home ownership would increase the value of the U.S. housing market by at least one trillion dollars over the next five years, representing the sale of around five million homes. America’s housing policies should therefore focus on removing the obstacles to home ownership for this generation in order to bring these “missing Millennials” into the market.

Millennials’ plans for family formation are expected to lead to an increase of 8.3 million homes from now through 2018, worth about $1.6 trillion in home purchases and another $600B in rent. Starting in 2014, there has been a rapid rise in household formations, with Millennials becoming the largest generation among new home purchasers. Half of all home sales activity in the first half of 2015 was first time home buyers and Millennials made up 68% of all such purchases.

Contrary to so much of what is written about the generation, Millennials hearts are in the suburbs. It’s where most of them grew up, mostly with parents they still love, and it is their ideal place to raise a family. Survey after survey, starting in 2014 has shown this preference for suburban living and now Millennial behavior is proving the notion that Millennials will be perpetual city dwellers content to rent an apartment to be dangerously false. In 2015, the Urban Land Institute found that only 13 percent of Millennials live in or near downtown, while 63 percent live in other city neighborhoods or suburbs. And the Commerce Department found that more Millennials moved to the suburbs from the cities in 2014 than in the opposite direction.

When they do move to the suburbs, the overwhelming majority of Millennials want to own, not rent, a single family detached home. The Urban Land Institute’s most recent survey found that 76% of Millennials expected to live in a single family, detached house by the end of the decade. The most recent research from Zillow found that adults age 22-34, all of them Millennials, were more eager to own a home than older Americans. One reason so many want to buy is that it is now cheaper on average to do so than to rent--across the country 30.1% of household income is being used up by rent, compared to 21.4% for those who own their own home.

So what’s holding Millennials back from becoming home owners? Student debt and a lack of affordable homes in places Millennials want to live are the principle obstacles to home ownership among this generation.

Tuition inflation has risen 600% in the last 35 years, while incomes for the most part stagnated. As a result, for the first time in our history we are asking students and their parents to shoulder the majority of the cost of a higher education, just when such an education is becoming the entry point for higher incomes. The result is student debt now exceeds $1.2T or more than all the loans taken out for all the cars on the road today. This is a problem that must be addressed to fully unleash the Millennial home buyer potential. One survey suggested that eliminating student debt would increase the number of home owners among 25-34-year-old college graduates, the prime market today for first time home buyers, by 24%.

Another study estimated that the burden of student debt cost the US housing market 414,000 sales in 2014, worth about $83 billion in sales. It found that households paying more than $750 per month in student debt were effectively priced out of the market altogether, with every $250 in monthly payments reducing their home purchasing power by $44,000. Since 2005, the number of households headed by someone under the age of 40 with student debt payments of at least $250 per month nearly tripled to just under six million.

Government can help to lessen this burden by lowering lower down payment requirements, such as the 5% requirement in Fannie Mae’s Community Home Buyer Program. States such as NH and NC have gone further by creating 3% down payment plans. We also need to provide student debtors with more opportunities for refinancing their debt just as we do for home owners. The non-profit I lead, the Campaign for Free College Tuition, is encouraging making public colleges tuition free as a longer term solution, just as the Republican Governor of TN did for that state’s community colleges in 2014 and the more Democratic state of Oregon is doing this year.

But builders can also play a role in removing this obstacle to home ownership. Rent to buy plans that give the first time buyer time to save for a down payment while moving into a community; moving unsecured student debt into a collateralized home mortgage instead; and multi-generational housing offers that include transfer of mortgage payment obligations over time from parents to children are all things that builders could do to alleviate the burden of student debt from the home buying decision of Millennials.

Just as importantly, builders need to coopt the energy industry’s slogan of Drill, Baby, Drill and make it Build, Builders, Build. There is no long term solution to the high cost of housing except to greatly increase the supply of homes for first time buyers. It will take builders with the willingness to embrace the needs of America’s largest generation and provide them the type of home they want to buy to respond to this demand. If buyers ignore the Millennial disbelievers and make that type of investment in our nation’s future, it will greatly increase the chances that the American Dream will remain alive for this generation as it has for those who have come before.