Congress Can't Seem to Get Its Millennial Act Together 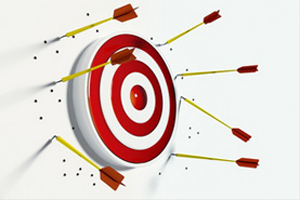 The most decisive force in national politics today is the millennial generation (born 1982-2003). Millennials re-elected Barack Obama and will represent more than one out of every three adult Americans by the end of this decade. Yet, more than six months after the 2012 elections, Congress has moved fitfully, if at all, to address this generation’s political agenda.

The most promising effort in the current session of Congress to address millennials’ concerns was the bipartisan effort in the Senate that secured passage of a comprehensive, if somewhat overblown, immigration reform bill. Forty percent (40%) of millennials are non-white and Mitt Romney’s ostrich-like approach to this issue helped motivate Hispanic and Asian-American millennials to vote overwhelmingly for the president. Still, in spite of this lesson, two-thirds of the Senate Republican caucus voted against the immigration reform bill. The Republican House is even more hostile to the idea, even with their professed bête noire of border security addressed with massive new funding for enforcement in the just passed Senate bill. GOP opposition to the bill is so entrenched that House Speaker John Boehner (R-Ohio) has promised to not even bring it to a vote.

Millennials are a tolerant bunch and this continuing display of intolerance by congressional Republicans bodes particularly ill for the GOP’s chances of attracting the generation’s votes in the future. Tea Party-inspired efforts to pass a mean spirited, rather than a means tested, approach to food stamps, helped to doom the bi-partisan Senate version of the farm bill in the House as well. That same body did find the time and the votes to pass, for the 37th time, an irrelevant repeal of the Affordable Care Act, even though the passage of Obamacare was another key reason why millennials supported its namesake last November.

But probably the vote that was most out of touch with millennial attitudes and beliefs was the vote this month in the House to further limit abortion rights in this country. Perhaps the Republicans who forced that vote upon their colleagues missed Sandra Fluke’s spirited defense of women’s reproductive rights at the 2012 Democratic National Convention that resonated so positively with the Millennial women, two-thirds of whom voted for Barack Obama last year.

The failure of the current crop of older members of Congress to address the concerns of the millennial generation is not limited, however, to Republicans. The Democratic leadership in the Senate didn’t feel sufficient urgency, for instance, to prevent the interest rate on student loans to double before Congress adjourned for the July 4 holiday. Can anyone imagine them taking the same lackadaisical attitude if Social Security benefits  were about to be cut? Even had the student loan issue been addressed in a timely manner, it still would not have dealt with the incredible burden of student debt, now over a trillion dollars, that is preventing many millennials from doing the things that young adults traditionally do, like starting a family or  buying a house, that would contribute mightily to the nation’s economic recovery. The problem, however, goes ignored by members of both parties in both houses, most of whom were never asked, as millennials have been, to self-finance the education they and the country need to promote economic growth.

Congress is so out of touch with the beliefs and concerns of millennials that even the nine old men and women on the Supreme Court did a better job of addressing the generation’s agenda in their last session when the Justices declared the Defense of Marriage Act unconstitutional.

There have been other times in America’s history when Congress has stubbornly refused to deal with the needs of the nation’s newest generations. In 1868, one-third of a generation very much like today’s Boomers, the Transcendentalists, were booted from their congressional seats in favor of candidates from a younger, more modern generation. It was the largest generational landslide in the nation’s history — until now. If the current Congress continues to ignore Millennials, it risks suffering the very same fate — an outcome for which it will have only itself to blame.