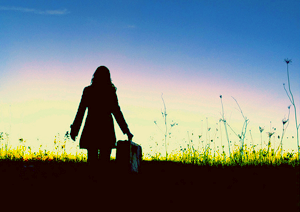 A remarkable, but mostly unnoticed, 2012 study found a powerful correlation between a community’s civic health and its economic well being. The analysis by the National Conference on Citizenship (NCoC) and its partners found that the density of non-profits whose purpose was to encourage their members’ participation within the community  correlated strongly with the ability of a locality to withstand the effects of the Great Recession. The same analysis revealed that those municipalities having the greatest amount of “social cohesion,” defined as “interacting frequently with friends, family members, and neighbors,” also showed greater resilience in ameliorating job losses during economic downturns, independent of the density of their non-profit sector.

The numbers are startling. States with high social cohesion had unemployment rates two percentage points lower than their less connected counterparts, even controlling for demographics and economic factors. A county with just one additional nonprofit per 1,000 people in 2005 had half a percentage point less unemployment in 2009. And for individuals who held jobs in 2008, the odds of becoming unemployed were cut in half if they lived in a community with many nonprofit organizations rather than one with only a few, even if  the two communities were otherwise similar. Given these results, every community interested in improving its economic vitality should be devising strategies to increase the civic health of their locality.

One way to accomplish this goal is to attract members of the hyper-connected but locally-focused Millennial Generation (born 1982-2003).  People in their thirties—a group Millennials are just entering but will soon dominate—and early forties, the age when people are building families and careers, constitute the essential social ballast for any community, city or suburb. For the rest of this decade as well as the next, Millennials will comprise the cohort entering this key phase of life, contributing both economic stimulus and a new sense of community wherever they choose to live. Fortuitously, the same organization (NCoC) that produced the original report has just released a new study suggesting several strategies cities could use to attract America’s most community-oriented generation.

According to this year’s study, more densely populated communities face a major challenge in attracting civic-oriented Millennials. This is contrary to much of the conventional wisdom about both millennials and “community.”  It found that members of the generation who reside in denser urban communities are less likely to engage in the type of service activities that nonprofits are designed to encourage. Except in the South, Millennials living in suburbia or more rural settings were more likely to engage in service activities with their peers than their urban counterparts. In fact, the worst community participation rates by far were found among Millennials in the country’s Northeastern cities.

A recent analysis by demographer Wendell Cox of Millennial living patterns validated these findings. He found that those major metropolitan areas with the least density gained the lion’s share of increases in populations of 25 to 34-year-olds in the first decade of this century. Another, as yet unpublished study by Cox, has found that the same holds true for 20 to 24-year-olds.

To fix that problem and increase their economic resiliency, more densely populated communities should actively encourage the formation of military veteran’s groups and other nonprofits that foster citizen participation and leadership skills. Other types of nonprofits that the earlier NCoC study suggested would help improve a city’s civic and economic vitality are sports clubs, labor unions and those that offer job-training opportunities. By providing such nonprofits with the space and resources to attract and engage America’s largest and most diverse generation, communities can gain the economic benefits that service organizations, such as Kiwanis and the Elks, brought to their communities in the past.
A recent review of the seven best cities for Millennials to obtain an initial foothold for their economic future placed greater Seattle at the top of the list. It was followed by Dallas; Minneapolis; Athens, Georgia; Ithaca, New York; Oklahoma City; and Phoenix.  Most of these communities combine relatively lower levels of density with lower rates of unemployment making them especially attractive to Millennials.

One way for denser urban centers to compete with such localities is to gain a broad mix of educational attainment among their younger populations, thereby increasing their social cohesion and, ultimately, economic resiliency. This is because Millennials without a high school diploma are least likely to trust their neighbors but most likely to help those very same neighbors on a regular basis. Meanwhile, Millennials who attend college become more trusting of their neighbors wherever they end up settling, but less likely to help them out. In order to build both a trusting community and one where friends and neighbors help each other out, communities need to provide a broad range of jobs requiring various levels of education and encourage Millennials to stay in the place where they grew up or return there upon graduation.

Communities interested in enhancing their social cohesion should take a close look at the example set by the civic leaders of Kalamazoo, Michigan. Under its Kalamazoo Promise program, families that enroll their children in the local school district get help with college tuition on a sliding scale based on how many grades of education the child completes in the city’s schools. The strategy, which has led to greater demand for housing within the school district’s boundaries as well, encourages the development of a community with a wide range of educational success among its residents.

The most recent study also found that once Millennials complete their schooling and begin to settle down their civic engagement increases. In fact, those 29 and under who are married and have children are more likely than those over thirty who do not have a family to participate in activities, such as helping neighbors, that in turn lead to greater social cohesion.

One strategy for encouraging college educated Millennials to settle in the community where they grew up, may lie with making the cost of college locally more affordable. For example, in contrast to many states that are shortsightedly reducing their subsidies of in state tuition, North Dakota issuing some of its increased tax revenue from the state’s explosion in energy production to limit tuition increases for their residents and increasing the amount of needs-based tuition aid and scholarships for those who decide to attend any college in the state.
Building better communities requires encouraging the human interaction and connectivity that make a municipality more resilient in times of economic difficulty. Building this type of social capital comes naturally to Millennials, the nation’s most connected generation.   Non-profits that attract younger people should be actively encouraged to set up shop in cities and localities across the country. Programs that support educational attainment and employment opportunities for Millennials should be viewed as another essential element of economic strategy.  Today, community’s economic health is inextricably intertwined with the type of civic vitality that local Millennials can generate.