Clouds and Concerts: Television in the Millennial Era 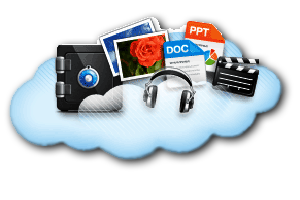 Millennials (born between 1982-2003), need to share their experiences constantly. This behavior – responsible for the explosive growth in social media since the first Millennials became teenagers – presents a unique challenge to the television industry and the one-to-many broadcast technology on which it is based. Since this generation will dominate the key 18-49 TV ratings demographic for the rest of this decade and beyond, finding a solution to this technological puzzle will determine whether television is able to retain its popularity as the preeminent source for entertainment or whether it fades, as radio has, into a medium relegated to niche applications and limited markets.

In order to be successful with Millennials, television will need to become more like the concerts and theme parks that provide Millennials with the type of social experience the generation craves. By creating a space that Millennials can enjoy immediately and personally with those who join them at the event, as well as while tweeting about it on their smart phones to hundreds more of their friends and followers, concert promoters such as Live Nation and theme park owners like Disney have found a way to maximize the revenue generated from the content that they fully control in such venues.

Sports and final episodes of reality or drama programs are currently the closest television programming comes to this type of widely shared event. Without much promotional support initially, the notion of encouraging fan participation through live reactions via social media has become increasingly commonplace. The potential of this approach was demonstrated by the chart-busting ratings received by NBC’s broadcast of the London Olympics, which fully embraced social media in its coverage of the Games. But that is just the beginning of what networks will need to do to make all their programs “Event TV.”

Not surprisingly, the most cutting-edge deployments of this new strategy are coming from those distributors, such as Netflix and YouTube, which are completely disconnected from the tether of broadcast technology. By encouraging such social uses of highly polished productions as “binge TV” viewing or audience determination of plot development, these non-traditional buyers of video content are offering new ways to connect with Millennials.

But the keys to this magical money kingdom are actually held by companies not currently thought of as natural partners by those in the television industry.  Google, Facebook, and other social media providers, along with device distributors such as Apple and Amazon, are seeking to lock their customers into the use of their proprietary cloud services. The ultimate goal of these companies in creating branded “personal content clouds” is to offer an entertainment experience where  each person’s music, movies, television shows, books, video clips, photographs and more can be mixed and mashed up to create a concert or amusement park ride tailored to each customer’s individual preferences are shared in real time with whoever they like. The first “traditional” television network which recognizes the potential of this new form of entertainment by partnering with one of the major players in personal databases and bringing that network’s programming into the cloud service provider’s  “theme park” will gain a first-mover advantage in this new marketplace.

The determination of Millennials to share everything is creating a world where social media will drive broadcast media. Even though television executives have traditionally been reluctant to give up their control over content, it’s time for them to recognize reality and partner with those who will control a new world of entertainment in the Millennial era.