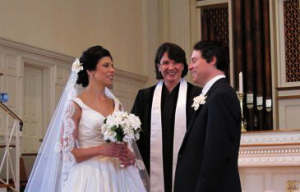 While the Millennial generation's beliefs reject conventional notions about the place of women in society, both sexes still place a high value on marriage and family. However challenging, these shifting gender roles will force changes in Millennials' home and work cultures.

Arcadia, California -- Having embraced the dreams of their Boomer mothers and grandmothers for equal participation in all spheres of life, the aspirations of Millennial generation women are upsetting the traditional roles of both sexes, not only in the workplace, but at home as well. As these shifts continue, Millennial men and women will be forced to navigate the spheres of work, home, parenting, and marriage in new ways – ways that may change gender interaction within their personal relationships and on the job.

In the most striking evidence yet of gender equality among members of the Millennial generation (born 1982-2003), data from Pew Research Center surveys conducted in 2010 and 2011 found that female Millennials were just as likely as males to say that being successful in a high-paying career or profession is a very important or even the most important thing in their lives.

While two-thirds of both male and female Millennials in Pew’s research wanted a successful career, women in this generation were actually more likely than men to cite that as one of their most important values. By contrast, among older Americans, men place greater importance on career and financial success.
This does not mean that Millennials of either sex have abandoned marriage and parenthood as life goals.

If anything, they place even greater importance on those values. About 85 percent of Millennial men and women say that having a successful marriage is very important to them. More than a third of Millennial women say marriage is one of their most important goals. Virtually all Millennials (95 percent of women and 93 percent of men) place an even greater premium on being a good parent. And, a clear majority of women indicate that parenthood is at the top of the list among their values.

None of this should really surprise anyone who has observed child-rearing practices during the past three decades. The parents of Millennials have been shaping their daughters’ values in this “you can have it all” direction since literally the day their daughters were born. And they have reared their sons, in many ways, to accept this new direction.

The end result is a generation whose beliefs have overwhelmingly rejected conventional notions about the place of women in society as compared to any previous generation.
A 2009 Pew survey indicated that 84 percent of Millennials disagreed either somewhat or completely (two-thirds) that “women should return to their traditional roles in society.” Last year, 82 percent of Millennials told Pew that the trend toward more women in the workplace has been a “change for the better.”

Millennial women have decisively acted on these beliefs. The Millennial Generation is the first in US history in which women are more likely to attend college and professional school than are men. And once in college, women are also more likely to graduate then men. By 2016, women are projected to receive an even larger majority of undergraduate and advanced degrees than they earn now.

The sharp increases in female educational achievement have, in turn, led to economic gains for women. While an overall income gap between women and men still persists, it has been narrowed sharply. In 2010, across all job categories, women earned an average of 78 percent of what men did, compared to 60 percent three decades earlier.
Moreover, among urban-based Millennials, there are indications that the income gender gap has disappeared. In some major markets, childless women in their twenties earned on average 16 percent more than men of a similar age.

All of this female achievement has produced some reconsideration of the traditional definitions of men’s and women’s roles not only in America’s workplaces and classrooms, but also in its homes.

In a 2010 essay in Newsweek, two male Millennials, Andrew Romano and Tony Dokoupil, posited the need for “a New Macho: a reimagining of what men should be expected to do in the two realms, home and work, that have always defined their worth.” They predict a greater participation in housework and child rearing from the males of their generation than by earlier generations of fathers.

Already, 2010 census data show that 32 percent of fathers with working wives routinely care for their children under age 15, up more than 20 percent since 2002.

While economic pressures certainly play a role in this reluctance to marry early, the basic caution of Millennials, their unwillingness to take such an important step until they are sure that it is right, also plays a role. Their desire to participate in partnerships in which both spouses equally share rights and responsibilities is also likely to lessen disharmony and the chances of divorce once Millennials do marry.

However, these changing gender roles may also give rise to tension or ambiguity for both Millennial men and women. The New Male Mystique, a report from the Family and Work Institute, indicated that 60 percent of fathers in two-income families said work-family conflicts were a problem. In 1977, only 35 percent of fathers in such settings called it an issue. During the same period, the percentage of working mothers identifying work-family conflicts as an issue rose only from 41 percent to 47 percent.

This suggests that as Millennial women achieve parity with men in their career aspirations, the roles of breadwinner, parent, and spouse will have to be fulfilled in new ways that satisfy the beliefs of both sexes about what constitutes a successful, fulfilling, and happy life. It may also produce shifts in workplace culture and policy that better accommodate the needs of parents of both sexes  as they work, marry, and raise families in ways their parents did not.