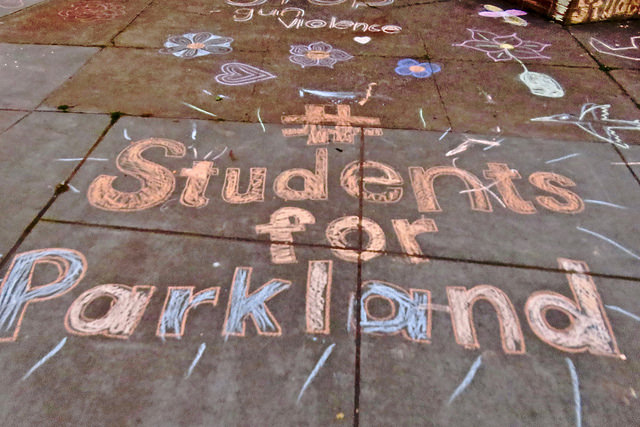 The ability of Parkland, Florida students to change their state’s gun laws in just three weeks after the tragic shooting at Marjory Stoneham Douglas, something no other group had been able to accomplish in the last twenty years, surprised a lot of people. But, for those who have been reading our books about Millennials and how they fit into a larger cycle of generational archetypes, it shouldn’t have.

Major change in America’s attitudes and beliefs occur about every forty years—the span of two generations. Millennials, now America’s largest generation, began the most recent such shift at the beginning of this century and now the generation after them is old enough to begin to make its mark on America and help the country find its way in the world Millennials continue to disrupt.

Generational attitudes and beliefs are shaped by the nature of events young people experience as they grow up and the way they are raised by their parents. Although the exact year demarcating the line between this new generation and its predecessor will have to await the perspective that history offers, everyone agrees the new generation’s memory of its upbringing, unlike older generations, consists entirely of events that occurred in this century.

We call this latest generation “Pluralist” and its members “Plurals” because their multi-ethnic, racial diversity is their most defining characteristic. Demographer William Frey estimates that whites make up only 51.5% of the Pluralist generation and by 2025 he estimates non-whites will comprise a majority of Plurals. As a result, how to get along with a wide range of people and ideas through compromise and dialogue is a skill as native to this generation’s DNA as confrontation and protest was to Boomers.

Plurals’ parents imparted a determination to their offspring to succeed in the face of difficulty that we see in the generation’s recent debut upon the national political scene. Instead of building up their children’s self-esteem as Millennials helicopter parents did, the parents of Plurals are trying to teach their kids “grit,” a personal characteristic celebrated in today’s mommy blogs as the key to success, based on 21st Century psychological studies searching for what makes leaders different from other people. Movie buffs will recognize an earlier version of this type of behavior in the young heroine from the movie, “True Grit” who confidently negotiates her way through Indian country to track down her father’s killer, despite being told by all the adults she encounters that the challenge is too great and the danger too high. We will see this same type of behavior from Plurals as they encounter older politicians and persuade them to undertake initiatives other generations thought were impossible.

Within an eighty-year generational cycle, so-called “adaptive” generations like the Silent and Pluralist generations, as well as the “True Grit” heroine’s Progressive generation, do just that—smooth out the rough edges produced by the previous generation and help the country stay true to its values. As a result, even though there is little definitive survey research data on Plurals at this point given their young age, American history offers some clues on how their generational movie will turn out.

After the GI generation came back from its victory in World War II and settled down to create the suburban, corporate pattern of life captured in “Mad Men,” the Silent Generation that followed helped the country face up to the challenges it preferred to avoid. Elvis Presley’s Rock n’ Roll became the background beat to sweeping changes in American society demanded by other Silents, such as Gloria Steinem and Martin Luther King. We are witnessing this generational dynamic play out once again as the #neveragain movement, led by Plurals, demands the nation solve long standing problems older generations have sought to avoid. And sure as night follows day, the generation after Plurals will mimic Boomers in their demand for a return to personal values as the guiding light for reforms they will insist will make America even better than the one Plurals will create.

Although all that is farther in the future and therefore less certain in its particulars, we can predict with certainty that those who led the march on our nation’s capital yesterday are on the leading edge of a generational shift that will reverberate in the years to come. Based on what they have learned from their parents and their life experiences, Plurals will be determined advocates for an inclusive, tolerant America, open to a multiplicity of ethnicities as well as beliefs and behaviors far more varied than our democracy has previously ever had to accommodate. As Plurals show Americans how to get along and create a more perfect union, they will once again demonstrate the wisdom of the maxim that “every twenty years, America gets the generation it needs.”

Jack MacKenzie, Executive Vice-President of PSB Research, was the first person to suggest the next generation be named Plurals and provided valuable input to this blog.