A pro-democracy rallying cry for the upcoming election 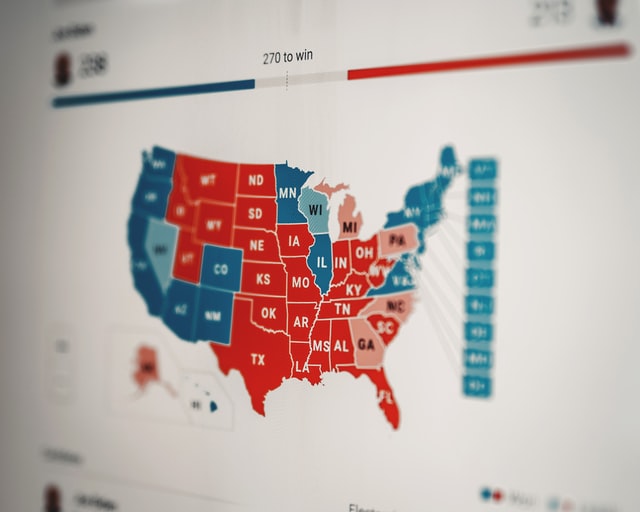 Conventional wisdom holds that the Democrats are going to lose the midterm elections, especially if they were held today. Given current rates of inflation, the seemingly never-ending pandemic, and the level of partisan hostility that has poisoned our politics, it’s an understandable concern. Those problems don’t lend themselves to quick fixes, raising the specter of a Republican sweep and a Trump return in 2024 that some suggest might be the end of democracy as we know it.

But the future of democracy goes well beyond the fortunes of a single political party. For the next three years, Democrats need to reach out to independents and non-Trump acolytes in the Republican party with a simple pro-democracy message—preserve the principle and practice that votes must determine the winners and losers of our elections, not party preference or ideology. Potential allies in this campaign should include less partisan, but equally concerned, organizations such as the Business Roundtable and the League of Women Voters, whose members are just as dedicated to preserving democracy in America.

As survey research data shows, the country’s deeply held belief that whoever gets the most votes wins, coupled with the willingness of many in the Republican party to abandon this first principle of democracy, makes it possible to build a wide and deep coalition encompassing at least two-thirds of Americans. There is plenty of solid survey research data that provides a roadmap for pro-democracy victories in 2022 and beyond. Overwhelming majorities (77%) of Americans say that “democracy is preferable to any other kind of government” and even more (87%) say that a democratic political system is a good way of governing this country.

According to the Public Religion Research Institute’s latest research, about two-thirds of Americans (65%) believe that the country is stronger because it “has a diverse population, with people of many different races, ethnicities, religions, and backgrounds,” including 40% who say it makes the country “much stronger.” Three in four Americans (75%) agree with the statement “It is still possible for the U.S. to achieve the ideal of our national motto ‘E Pluribus Unum’: ‘From many people, one,’” compared to just 22% who disagree. Majority support for the idea holds regardless of party, religious affiliation, race, education, gender, region, or area of residence.

To turn these views into an electoral advantage, pro-democracy candidates up and down the ballot must deliver a simple and emotional message that cuts across generational and demographic lines and draws a sharp contrast with Republican followers of Donald Trump. We believe that message is: To protect democracy and the voice of the American people, elections must be decided by majority vote.

The contrast with those in the Republican Party who also claim they support democracy but promulgate and perpetuate the Big Lie must be drawn in the brightest colors possible as often as possible. The Trump claim that the 2020 election was stolen must be called out for the only purpose it serves—to justify possible actions by GOP election officials and state legislators to shift the election to Trump if he doesn’t win a majority of electoral votes in 2024. This represents a clear and present danger to the future of our democracy. Republicans who support Trump and the “Big Lie” are signaling their willingness to violate majority rule and abandon democracy to simply seize power. They should be required to defend that indefensible position at every moment of the 2022 campaign.

Making the defense of majority rule in our elections a compelling message that motivates Democrats to vote and attracts the support of “non-steal” Republicans requires pro-democracy candidates in each party to do the following:

The Congressional front in the battle must be the advancement of legislation, hopefully with non-Trump GOP support, that rewrites the Electoral Counting Act before the 2024 election. The rewrite must make it clear that only the voters choose who is our next president and that neither the Vice-president, nor Congress, nor members of state legislatures, can substitute their opinion for the expressed wishes of the American public.

But, in the end, beyond new laws or regulations about casting or counting ballots, pro-democracy candidates, whether Democrats or Republicans, must make it clear to every voter in every nook and cranny of the country that the best way to assure that a nation “conceived in liberty and dedicated to the proposition that all men are created equal” will endure is to vote for democracy.