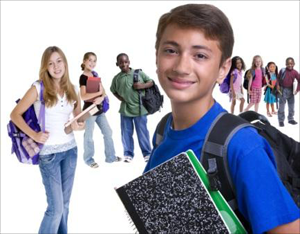 In the middle of the 1950s, a seemingly spontaneous revolt against the prevailing conformist values of the country erupted among its youngest generation. The actor, James Dean, and his aptly named movie, “Rebel without a Cause,” perfectly captured the nature of this youthful uprising.

His untimely death, in a 1955 high-speed auto accident at the age of 24, made him an everlasting iconic symbol of youthful angst in his own and every other era since.
That same year, the movie “Blackboard Jungle,” about rebellious high school students quaintly called “juvenile delinquents” in the vernacular of the time, featured a song recorded earlier without much success, “Rock Around the Clock,” which brought sudden, and many would say permanent, popularity to a new musical genre, Rock ‘N’ Roll.

One year later, Allan Ginsburg published his revolutionary poem, “Howl,” and one year after that Jack Kerouac’s personal novel, “On the Road,” cemented the Beat Generation’s zeitgeist as the height of hipness in America.

All of the leaders of this cultural revolt were members of the somewhat inappropriately titled, “Silent Generation,” which was mostly known before these events for its willingness to go along to get along.

Within a decade, other members of this generation, most notably the Reverend Martin Luther King, Jr., completely upset the country’s norms on race relations and ignited the Civil Rights Revolution that ultimately led to the election of the nation’s first African-American president when most Silents had become senior citizens. (Ironically, the Silents were the only generation to cast a majority of its votes against Barack Obama in 2008.)

This repeated historical pattern of early accommodation to prevailing norms followed by significant, if initially unfocused, rejection of key aspects of the nation’s culture has given this type of generation the name “Adaptive.”

As suggested by the market research firm, Frank N. Magid Associates, this emerging, adaptive generation will be known as the “Pluralist Generation.” Its members, known as “Plurals,” reflect the overwhelmingly distinguishing demographic of America’s newest generation: its ethnic, racial, and religious diversity. (Disclosure: Michael D. Hais worked for Magid for more than 22 years, retiring as its vice president of Entertainment Research in 2007.)

Magid’s research findings, released the first week of May 2012, show the following:

It will take at least another decade, and probably more, before members of the Pluralist Generation are old enough to begin making their own mark on the society that the Millennial Generation is, itself, just beginning to remake.

If the Plurals follow the precedent of their Silent Generation forebears, their childhood and adolescent years will be spent accepting society pretty much as they find it. But, as young adults, they are likely to lead a revolt against too much conformity, first in pop culture, and later in how the country respects the rights of each individual, regardless of their background.
Somewhere, among the nation’s current crop of grade-schoolers, is a charismatic charmer who will become this century’s rebel. It remains to be seen if he or she will enlist fellow Plurals in a cause that will remake the country, or simply signal the beginning of yet another generational shift in the nation’s attitudes and beliefs.