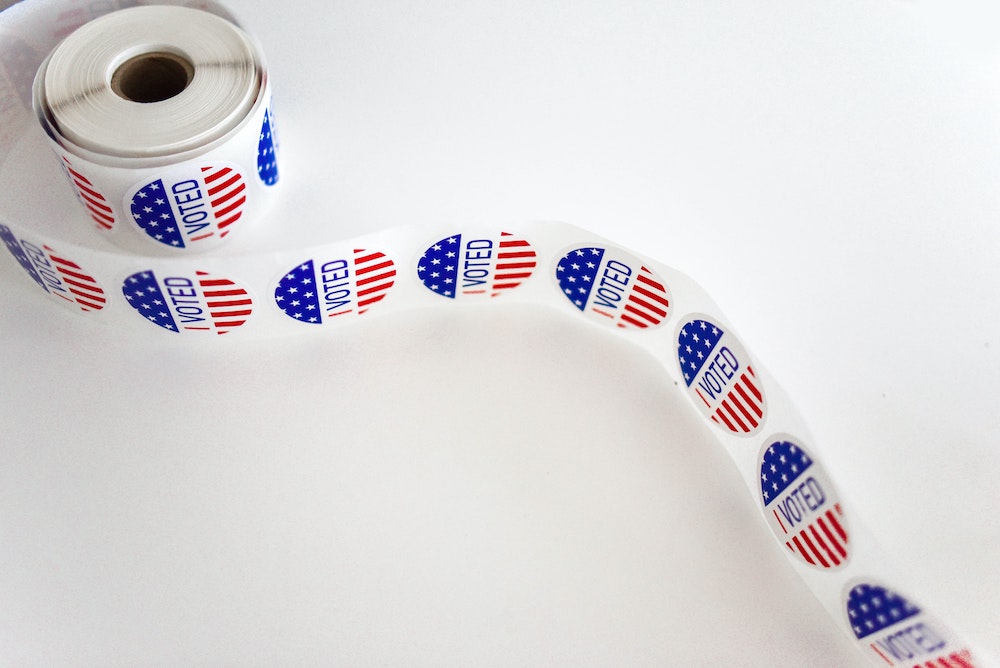 The 1992 election was called the “Year of the Woman” because the number of female senators tripled (from two all the way to six) and two dozen women were elected to their first term in the House, the largest number in congressional history. By contrast, this year’s election is being driven by the increasingly overwhelming determination of a significant number of women from every demographic to vote Democratic at every level of the ballot regardless of the gender of the candidate. Now the most recent polls of competitive Senate contests also reveal a gender gap of unprecedented size that threatens to topple the current Republican Senate majority.

The Democrats’ best Senate opportunity this year seems to be Arizona, where the incumbent Republican Martha McSally, who was appointed to her seat after losing her campaign for the state’s other Senate seat in 2018, is trailing her male opponent Mark Kelly by a nearly 2:1 margin among women. Kelly is famous in his own right as a former astronaut but became best known to the American public through his tireless campaigning on behalf of gun control after the attempted assassination of his wife, former Congresswoman Gabby Giffords. Even though recent polling shows McSally with a slight edge among male voters in Arizona (48% to 45%), Kelly’s 61% to 33% lead among female voters in the state gives him a commanding 12-point lead overall (53% to 41%). The lead is of sufficient size for The Cook Political Report’s customarily cautious predictions of Senate races to categorize Arizona as the only “leans Democratic” race among those involving a Republican incumbent.

The same report named six Senate seats held currently by the GOP as “toss-ups.” Of those, the public polls for the races in both Montana and Colorado do not report their results by gender. However, many analysts believe the two Democratic challengers—current Montana governor, Steve Bullock, and former Colorado governor, John Hickenlooper—have a good chance of beating the incumbent Republican senators this year. If that should happen, and no other incumbent senators lose his or her re-election bid, the Senate in 2021 would be equally divided between the parties, with the vice president elected this year casting the tie-breaking vote on organizing the Senate and its committees along partisan lines. If Joe Biden wins the presidential race, that vote would be cast by a woman, once again affirming the power of the women’s vote in this year’s election.

In all likelihood, however, Alabama Democratic Senator Doug Jones will not be able to successfully defend his seat in that Republican stronghold, leaving Democrats with the need to defeat at least one more Republican incumbent senator. However, thanks to female voters in other states, there are a number of other solid opportunities for Democratic pickups this year. The most promising one is in North Carolina, where the incumbent Republican Tom Tillis currently trails his Democratic challenger Cal Cunningham by nine points, a margin greater than in any other Senate race labeled as “toss up” by the Cook Report. This race doesn’t give voters the chance to vote for a woman, but female North Carolina voters prefer Cunningham by a stunning 22-point margin (56% to 34%) in the latest poll. Tillis’s three-point margin among men is hardly large enough to make up the difference.

There are potential Democratic victories driven by the women’s vote in other states as well. In Iowa, incumbent Republican Senator Joni Ernst has consistently trailed her Democratic challenger, former real estate developer Theresa Greenfield by a small margin since that state’s June primary. Not surprisingly, Greenfield’s 46% to 43% lead is based upon her strong support among women, who favor her candidacy over Ernst by twenty points (54% to 34%), while men prefer Senator Ernst by sixteen points (53% to 37%).

The same dynamic holds true in another contest between two female candidates. In Maine, incumbent Republican Susan Collins trails her Democratic challenger Sarah Gideon by four points (46% to 42%). Although Gideon trails her opponent among men by three points (46% to 43%) a recent poll shows her winning the female vote by 10 points (49% to 39%).

If the results in any one of these contests end up in the Democratic column, female voters will have delivered a Senate majority to the Democratic Party in this year of the woman voter. But those contests are not the only chances Democrats have to flip the Senate.

As we documented in February of this year, the gender realignment of American politics is the biggest change in party affiliation since the movement by loyal Democratic voters to the GOP in the “solid South,” in the final decades of the twentieth century. This gender realignment continues to gain momentum, fueled by the misogynistic behavior of Donald Trump and other leaders of his party who can’t seem to resist attacking powerful, successful Democratic women and, more generally, hindering the full equality of women. It is spreading in almost every state and locality in America as women voters take charge of the country’s future. This year, the realignment’s most significant impact may well be not only electing Joe Biden president, but creating a Democratic majority when the Senate convenes in January of 2021.